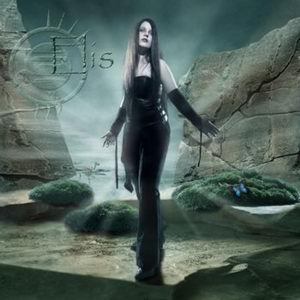 Elis began their musical career under the name Erben der Sch&ouml;pfung in 2000. In 2001, they released their first single Elis as well as their debut album Twilight. The band has appeared live at the Wave Gotik Festival in Leipzig, among others, has held on to favorable positioning on the DAC-Charts, and has remained well represented in the scene's press. Germany's Orkus Magazine, for example, featured Erben der Sch?pfung as their top newcomer act of the month. This choice was later more than confirmed by the publications readership, who extended the honor by choosing the band as their Newcomer of 2001.

Soon after the release of their debut album, Elis focused their energy on writing new material for their second offering. Between their song writing and recording duties, they found time to tour in a headlining capacity with label mates Eisheilig and The Vision Bleak. The tour took them to Germany, Switzerland, and Belgium.

In March 2004 they returned to the studio, under the guidance of band manager and producer Alexander Krull once more, to record the twelve new tracks featured on their second album. Released in October 2004, Dark Clouds in a Perfect Sky, showed a maturation of the band's sound. A video clip for the album's opener, Der letzte Tag, was included with the release as well.

The Dark Clouds tour took place in April 2005. Elis played in Germany, Austria, and Belgium, and were supported by Visions of Atlantis and Lyriel. The band offered a preview of the new material during festival performances at the Wave-Gotik-Treffen and M'era Luna Festival. Further opportunities for the fans to experience the new album live were planned for October, as the band embarked on a European Tour with Atrocity, Leaves' Eyes, and Battlelore. This tour ended with a performance at the Metal Female Voices Fest 3. This concert wasn't just the last of this little tour, it also was the last concert with guitarist J&uuml;rgen Broger, who left the band amicably soon after.

The third release from Elis, a concept album titled Griefshire was planned for release in late 2006 or early 2007. The band wanted to complete a tour with Leaves' Eyes and Atrocity, but unfortunately on July 8, 2006 Sabine died of a cerebral hemorrhage. An announcement on the band's official website has stated that the album would be released in Sabine's memory. A further announcement in September stated that the band would continue with a new singer.

Griefshire was released in Europe on November 24, 2006 on Napalm Records. The North American release date was January 16, 2007. On December 28, 2006 it was finally announced that the new female singer is the Austrian metal singer Sandra Schleret, former vocalist of Dreams of Sanity and Siegfried, and guest singer on some Samael's albums.

After that, they started a tour that took them for the first time to Mexico (as guest stars for the Festival Oscuro event in August of 2007).

In order to show how Sandra's voice would appear on the next studio album, the band released the Maxi-CD Show Me The Way on November 2, 2007 in Europe and on November 6, 2007 in the United States, that features Sandra Schleret on the two new versions of the song Show Me the Way as well as three non-album tracks from Griefshire recording sessions, still with Sabine D&uuml;nser's voice.

Latest album Catharsis was released on November 27, 2009 by napalm records.

Her replacement was Simone Chrisinat.

In late February 2012, Simone Christinat announced to the rest of the band that she would would be departing from the band, due to increased stress. A few days later, the band opted to call it quits.

Show Me The Way (EP)

Dark Clouds In A Perfect Sky