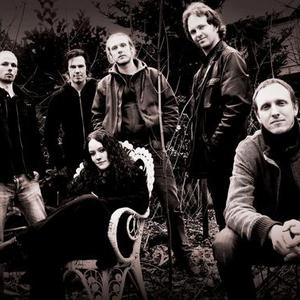 Autumn may refer to: 1. A gothic metal/atmospheric rock band from The Netherlands. 2. A minimal wave band from Belgium, active in the 80s. 3. A post-Toxik project from the early 1990's, which played a unique combo of progressive rock/metal and jazz. 4. A darkwave, ethereal, gothic project from Germany. 5. A gothic rock band from Minneapolis, Minnesota, United States. 6. A now defunct early to mid 90s hardcore band from Philadelphia, United States.

1) Autumn are a six-piece atmospheric rock band from Holland.

Autumn formed in 1995 and quickly became an important component of the blossoming Dutch gothic rock scene. Their debut album ?When Lust Evokes The Curse? (2002) put Autumn on the map besides genre mates Within Temptation and After Forever. The band performed at festivals like Dynamo, Lowlands, Waldrock, Fields Of Rock, Metal Female Voices Fest, Summerbreeze, M'Era Luna and Wacken. In addition, Autumn supported bands like Cradle Of Filth and Within Temptation on national and international tours, and did numerous headline tours in The Netherlands. Their second album ?Summer's End? (2004), demonstrated a more mature Autumn that - slowly but surely - managed to escape the confines of gothic rock.

With ?My New Time? (2007) Autumn doesn't renounce its past, but does travel a new course with a strong mentality and ditto sound. With a huge dose of confidence, high quality songs and a superior line-up, a bright future lies ahead of them.

Winter 2009 heralds the return of Dutch heavy rock collective with a new intense and diverse album: Altitude. In many ways, this album is a logical progression from 2007's highly acclaimed album, My New Time. It does present one surprising change: one of voice. Rising star, Marjan Welman, has taken over vocal duties from Nienke de Jong.

Dutch heavy rock collective Autumn make a return to the front line November 2011 with their new album, Cold Comfort. This is the band's fifth full-length effort, their third for Metal Blade Records. It offers a collection of striking songs blended into a diverse and yet surprisingly compact album, one that Autumn considers to be their most personal and meaningful to date. With a strong and solid lineup, the band thrives on the wealth of experiences drawn from recording and touring during the campaign for the previous album, Altitude. It inspired the six musicians to focus on further enriching and expanding both their songwriting and sound for Cold Comfort.

While Autumn's roots remain firmly planted in heavy rock/guitar-oriented soil, their branches are stretching out to more progressive musical genres and alternative approaches to the sound of individual songs. Guitarist Jens van der Valk elaborates: "In terms of sound we realized there were still leaps to be taken out of our comfort zone and into unthought-of possibilities. As a first step in the right direction, our main focus was on a more open, transparent sound, one through which the often multi-layered nature of our songs would be optimally channeled."

Autumn needed not look far for a man to put at the helm with the right pioneering philosophy for the band to begin taking leaps: Erik-Jan Dodd, Autumn's live sound engineer since the My New Time era, envisioned a more vintage approach for Cold Comfort. An experiment the band was all too eager to embrace, explains guitarist Mats van der Valk. "If there's anyone who knows what we're all about and more importantly: what we could potentially be all about, it's E-J."

D&T Audioproductions (run by Dodd and Cees Thomassen in the bowels of Tilburg's renowned 013 club) was temporarily turned into a home for a large collection of vintage amps and equipment, as well as the band's tried and tested gear. The producer duo set about doing things in a genre-a-typical fashion, lifting particular highlights out of the mix that would conventionally remain more embedded in a wall of sound, and opting for very dry or harsh sounds to paradoxically create more warmth and openness in the sound palette of some songs. Jens adds: "On occasion it felt like tearing things out of balance in order to create balance. I must admit we were a bit apprehensive at times, but persistently maintaining course resulted in songs with a stronger and more exciting character than we'd envisioned."

Working in an environment promoting creativity and thinking outside the box also paved the way for a bolder approach to recording the music itself: one where striving for perfection took a step back in favor of pure, raw emotion and impact. Mats adds on the process this time around, "In past recordings, we'd often run through a song until every note was as well-executed as possible, often discarding takes with a lot more emotion or groove than the ones that made the albums, but with little glitches in playing or singing we couldn't live with at the time. Recording Cold Comfort, we finally felt so, well, comfortable that if a take had the right power and feel, it would be a keeper, regardless of the way it was played." Some final takes on the album are, in fact, the initial rough sketches, played on rusty old strings and the drums were recorded with one of the cymbals cracked but sounding just 'right' in the mix.

Singer Marjan Welman was given an even more pivotal role for Cold Comfort than for its predecessor. Shewas at the heart of the creation of many of the songs. Mats recalls: "Marjan's phenomenal hearing, commitment and ability to practically copy great take after great take was amazing to witness and very inspiring. We always knew she would make a huge step forward compared to "Altitude", since she had only been in the band for a short time before that album was recorded. But we never expected her to thrive quite like she did!" It's Welman's vocal finesses that emphasize the unique character of each individual song, while at the same time the warmth and ease of her voice act to blend all these different characters into one powerful album.

A curious contrast emerges when the lyrics for Cold Comfortcome into play: whereas the music for the album was created from such positive and progressive forces, the lyrics seem to reflect a more negative, contemplative nature of the band, choosing a distinctly murkier path than the preceding albums. There are fewer positive twists to the stories and the unanswered questions and open endings so prevalent in Autumn's lyrics this time don't bode as well for things to come. A theme most lyrics on Cold Comfort seem to have in common: living through difficult times and thereafter reluctantly having to find a way forward into an uncertain and sometimes unwelcome future. Not so for Autumn's latest effort. An album all about rising up to challenges set and standing out from the crowd, Cold Comfort embraces the future andis poised to take on anything any adjacent genre can throw at it.

The current band-members of Autumn are:

2)The primarily two-piece outfit released countless underground cassette tapes documenting their pioneering and experimental synth work for five years throughout the early 1980s, many of which have only seen the light of day due to recent CD-r releases via collective label Micrart. Just before retiring the name to persue other projects, Autumn would record their own soundtrack to Fritz Lang's silent classic Metropolis, which was occasionally performed alongside screening's of the film before an 'official' score was made available.

3) Autumn was the name of an instrumental prog rock/jazz band formed during and continued after the initial disintegration of Toxik. The band recorded several demos, and some rehearsals.

4) AUTUMN is an artist collective founded in 1984.

There have always been numerous guest musicians incorporated into the activities of AUTUMN.

5) A goth rock band from Minnesota with heavy influence from death rock bands such as Christian Death with the soaring and dramatic yet often sinister vocals of Julie Plante and driving guitar and drum beats typical of this style of music, although they also have some slower, more ethereal songs. They are quite similar to This Ascension, although Autumn have a sllightly heavier death rock influence.

6) There is also a hardcore band by the way of Pennsylvania, USA also called Autumn who were around in the early/ mid '90s. If memory serves right, they released two 7" EPs, a CDEP released off by a subsidiary division of Revelation Records and were on a few compilation albums. Prior to becoming Autumn, they were named forethought who also released a 7". Without question they were early pioneers of what's known today as 'screamo' due to the vocaling style. Musically, the style wasn't as 'emo' as it was more melodic hardcore.

7) There was also a now defunct Rock / Indie band from southern England called Autumn who released an E.P called Bearskins in 1999. Featuring Mathew Snelling on vocals and guitar.

8) Autumn is also the name of a Hungarian doom metal band formed in 2000. They have released one full-lenght album so far (On The Verge Of Existence), and the next one will be released soon.

9) Autumn are, drum and base DJS, Lost Prophet & Sol.ID, from Houston, Texas, their brand of soulful, inteligent drum and bass has been very well received by the British underground, now on Fokuz And Celsius, the future looks bright.

10) Autumn was the name of an UK based band with the following line-up:

They recorded progressive rock songs in the '70s for the album "Oceanworld" which was released only in 1999.

11) As said in www.doom-metal.com bandlist, russian doom band Autumn is "Atmospheric Death/Doom in the vein of early Anathema, but different. The vocals sound somewhat like those of Moonspell and the band also uses a viola (not to be mistaken with a violin). The band's music shifts between more mid-tempo and slower songs. Overall the music breathes a very warm and sad romantic atmosphere. On their later albums the lyrics are in Russian. Melancholic Death/Doom that will appeal to the more romantic Doomsters."

Russian Autumn started in in 1993. First demo 'The Druid Autumn' was released in 1995. The next was first full album And We Are the Fallen Leaves (1997). At this time all lirics was on english. In 2000 band self-released Chernye Krylia ('Black Wings' in russian). All lyrics except one song on this album was on native lanquage. Last album Osen Vechna ('Autumn is eternal' in russian) was released in 2003 by Stygian Crypt Productions and all lyrics was russian at this time. After that group was disbanded.
In next years Stygian Crypt Productions re-released all Autumn albums.

On The Verge Of Existence

When Lust Evokes The Curse

Return To The Breath