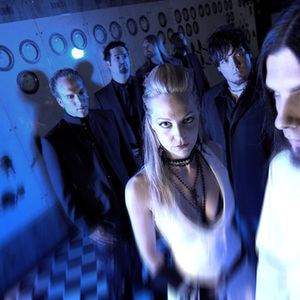 A Swedish gothic metal/rock band, Beseech started out in Bor?s (near Gothenburg) in 1992, and after creating a demo, they became involved with the underground scene. In 1995, they recorded their first album, ...From a Bleeding Heart, but due to the label having financial problems, it was not released until 1998, under the label of Metal Blade. In mid-2000, they released their second album, Black Emotions, and from that point, their career took off. The next albums, Souls Highway (2002) and Drama (2004) showed that the line-up changes affected the music in a way that many liked and others criticized.

In 2005, they released Sunless Days, probably their most mature album.

In autumn of 2006, the band announced that Beseech would be put to rest for good: "We have grown apart from each other as persons and we have different views of how we want Beseech to work as a band."

In 2007, Beseech's Web site announced that their members had formed two new bands: The Mary Major, which contains 6 out of the 7 band members, and Those We Don't Speak Of, with the remaining band member.

...From A Bleeding Heart

From A Bleeding Heart