The Sins of Thy Beloved 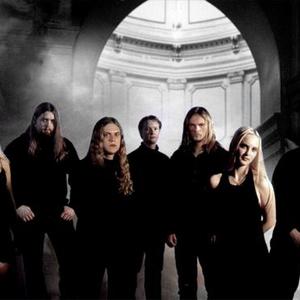 The band was formed by Glenn Morten Nordb?, Arild Christensen, and Stig Johansen. The band was initially called "Purgatory" but they soon decided to change their name to something less common. Anita Auglend and Ola Aarrestad joined the band shortly thereafter, and they recorded their first demo "All Alone" in January-February 1997. Anders Thue and Ingfrid Stensland then joined before they recorded their second demo "Silent Pain" in January 1998. Pete Johansen played the violin on that demo though he did not officially joined the band until the recording of their first full-length album "Lake of Sorrow" later in 1998. They toured across Europe, before recording their second full-length album "Perpetual Desolation" in 2000. During the following tour, Anita Auglend, Anders Thue, and Ingfrid Stensland grew weary of traveling and left the band in 2001. A live performance was released on CD and VHS in 2001, though it was not distributed worldwide and is thus very hard to come by. The band has been dormant since the departure of its three members. Pete Johansen has since left to play the violin on several Tristania albums.

The band is often compared to gothic metal bands such as Tristania and Theatre of Tragedy, mainly because of the band's combination of a female soprano voice with male death grunts; this trait is common to gothic metal in general, and is known as the "Beauty and the Beast". Their music features death metal/doom metal rhythmics enhanced by the prominent use of violins, especially on the "Lake of Sorrow" album, typical of many gothic doom metal bands. Their live recordings offer a sound closer to traditional death metal than their studio albums which make heavy use of arrangements and effects.

In 2007 Anita Auglend returned to the band.