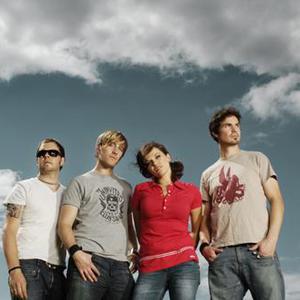 1) Die Happy is a German-based alternative rock band from Ulm. The group was founded in 1993 by Czech singer Marta Jandov? and Thorsten Mewes. Even though the band is based in Germany, their songs are written and performed almost exclusively in English. Marta is also the songwriter for the band. The other members are Thorsten Mewes (guitar), Ralph Rieker (bass-guitar) and J?rgen Stiehle (drums).

They have also released 13 singles, and 2 DVDs.

Larry Farkas, Doug Thieme, Glenn Mancaruso and Roger Dale Martin did reunite in the late 90's for a concert in San Diego, California of the United States, but without Roger Martinez. They performed songs from the first two Vengeance Rising albums since they were part of the creation of those albums.

Most Wanted (Best Of)

No Nuts No Glory L.E.

The Weight Of The Circumstances