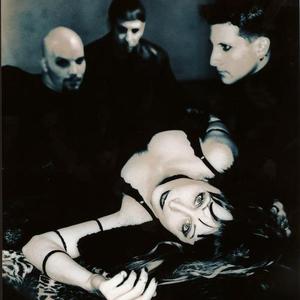 November 1995, Drummer Eric Fisher, frustrated with previous projects began writing on his own. He discovered blending dark alt-rock songwriting with innovative programming would help him become a more creative songwriter, rather than being a conventional rock band. He then dubbed the project Tapping The Vein. Eric brought his ideas to guitarist/songwriter Steve Stegg and bassist Lou Louvenir. He began a search for a vocalist and found the perfect match, Heather Thompson. In May 1996, They recorded their first ep and released it independently.

In late 1997, Steve and Lou decided to leave the band, and they were replaced with Joe Rolland and Mark Burkert. They independently recorded and released a second EP entitled "Undone".
They were signed to Nuclear Blast Record's new label Revolution Entertainment in the fall of 2000, and released a full length recording ?The Damage? in 2002.
On June 2, 2009 the band released a new CD titled "Another Day Down" on the label Dancing Ferret Discs.