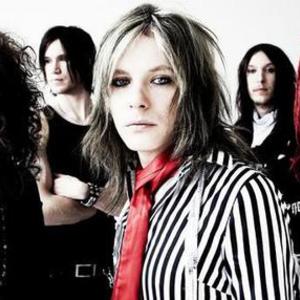 There are three artists with this name: 1) Negative is a Finnish band. They play glam rock. http://www.negative.fi/ 2) A rock band from Serbia by the name of Negative. For more information about Serbian Negative, go to their website: http://www.negativeband.net/ 3) A rapper from New Zealand 1) The Finnish band Negative started as three piece during 1997 in Tampere, Finland. Current line-up: Jonne Aaron (vox), Hannu "Hata" Salmi (guitar), Antti Anatomy (bass), Jay Slammer (drums) and Snack (keyboards).

1) Negative is a Finnish band. They play glam rock. http://www.negative.fi/

2) A rock band from Serbia by the name of Negative. For more information about Serbian Negative, go to their website: http://www.negativeband.net/

3) A rapper from New Zealand


1) The Finnish band Negative started as three piece during 1997 in Tampere, Finland.
Current line-up: Jonne Aaron (vox), Hannu "Hata" Salmi (guitar), Antti Anatomy (bass), Jay Slammer (drums) and Snack (keyboards). Negative's long time guitarist Sir Christus is no longer in the band. The band has decided not to replace him. Also Larry Love left the band (may 2011). He is replaced by Hannu "Hata Salmi".
Negative's debut single The Moment Of Our Love and the first album War Of Love has sold gold in Finland. War Of Love has also been released in Scandinavia, Italy, Russia and Japan.
Negative has already played a huge amount of shows in Finland and the band has performed in Japan, Germany, Austria and Switzerland as well.
The first single from Negative's second album, Frozen To Lose It All, went straight to number one in the official Finnish charts.
Negative's second album Sweet & Deceitful was released in September 2004 and the band toured extensively after that.
In May 2005 the album was also released in Germany, Switzerland and Austria and a tour in those countries followed in September 2005.
Their latest record Anorectic has been released in September 2006 and from November to December Negative are on tour in Germany, Switzerland, Austria and Finland.

Negative-guys have always loved the bands like Guns 'N' Roses, Hanoi Rocks, M?tley Crue, Kiss, W.A.S.P. and Finnish 80's rock/pop legend Dingo so it's not very big surprise that band have set their ultimate goals outside the borders of Finland. And this has been the case since the Negative's day one...

Negative's current line-up has been gathering together slowly. Jonne tells some examples.

Negative signed a record deal with Tampere-based Gbfam Records in 2002.

The band started the recordings of War Of Love in Cosmic studios with the highly acclaimed producer Lex Luthor (who has previously worked for example with Paleface and Ezkimo).

Negative toured extensively in Finland after the release of War Of Love. The band saw all the corners of their homeland, from fjelds of Lapland to the shores of southern Finland.

Negative's second album took shape under the overseeing eye of veteran producer TT Oksala (HIM, The 69 Eyes, Lordi etc.) during the spring 2004.

Their third album "Karma Killer" was released on May 7th 2008.

2) Negative is a Serbian rock band formed in 1998. After the singer Ivana Pavlovi? (now Peters), known as one of the best female vocalists in Balkan, left the dance quintet Tap 011 in 1999, she joined Negative and the band started working on their album. The first single, "Ja bih te sanjala" ("I'd Dream of You"), turned out to be a great success and the self-titled debut album followed in December 1999. During the next three years, the band had a string of successful singles, including "Svet tuge" ("World of Sadness"), "Ti me ne voli?" ("You Don't Love Me") and "Vreme je" ("It is Time"). In May 2000, the band had their first live act in front of several thousand people. The concert was recorded and released on a CD later that year.

In 2001, Negative was featured on the soundtrack to a Serbian thriller-drama Apsolutnih sto with the song "Kraj" ("The End").

Following a series of successful concerts in Serbia and Montenegro, as well as other former Yugoslav countries, the band released their second album entitled "Ni ovde, ni tamo" ("Neither Here nor There") in December 2002. The album introduced a new, heavier sound with a completely new, somewhat neo punk visual style of the band. The album helped the band gain popularity among alternative audiences. Single releases included "Bez promene" ("No Change"), "Tuga nema kraj" ("There's No End to Sadness") and "Kona?an po?etak" ("The Final Start"), dedicated to Ivana's late grandmother. Negative continued to tour all over former Yugoslavia.

In May 2004, Negative won the festival Beovizija and ended up 4th in the final selection of Serbia and Montenegro's Eurovision Song Contest representative with the song "Zbunjena" ("Confused"). The song became one of the biggest hits of the year and announced the band's third album entitled "Tango", released later that year. Just like the title suggests, the album introduced a "softer", more romantic Negative than on previous two albums. "Tango" was a great success, with hit singles including "Tango", "Ljubav" ("Love") and "?arobni napitak" ("Magic Potion"). The band continued to do what they are best known for - terrific concerts all over the region.

In May 2007, only several weeks after Ivana gave birth to her daughter Sara, Negative took the 3rd place in the national Eurovision Song Contest finals, the first one since Serbia became an independent country. The song "Prava stvar" ("The Real Thing") was festival jury's favorite, but viewers decided in favor of Marija ?erifovi?, who would eventually win the Eurovision Song Contest 2007 in Helsinki, Finland. Negative's last concert to date took place on July 15, 2007 on Exit Festival's Fusion Stage.

In May 2009, the band released their newest album "Spusti Me Na Zemlju" ("Land Me Down On The Ground") which again has a bit more powerful and heavier sound than the previous album. As to this date it still not known which single will be taken out from this album...