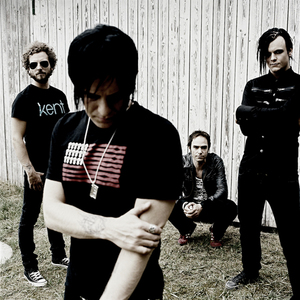 In 1989, Stephan Groth and Jon Erik Martinsen formed Apoptygma Berzerk in Norway. They wrote several songs, one of them "Ashes To Ashes" would later be released as a 12" single on the Norwegian label Tatra Productions in 1991. Martinsen left the band shortly afterwards feeling uncomfortable with the direction of the band's music. Since then the band had many lineup changes, Groth being the only constant members.

Stephan Groth claims that the band name was randomly picked out of a dictionary. Apoptygma is an old Greek word for the fold of a woman's garment. Technically the 'y' ought to be pronounced like a long 'u', but the band's name is commonly pronounced a-pop-TIG-ma or a-pop-TEEG-ma.

The first two albums, Soli Deo Gloria and 7 were a similar style of synthpop and EBM. Welcome to Earth featured an evolved EBM/synthpop sound. Harmonizer featured a softer, more synthpop-oriented direction. You and Me Against the World represented an almost complete change in style for the band, from EBM to indie rock-oriented sound. Rocket Science continued the rock-oriented direction of their sound.