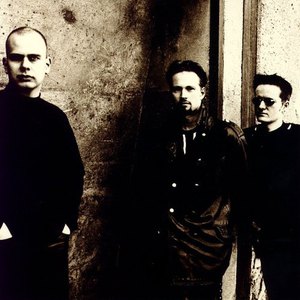 Beborn Beton is a German synth pop band founded in 1989, with their first album release in 1993. The debut named "Tybalt" is a compilation of the best tracks written in the first three years of their band history and was very well received in the electronic music scene. 1995 the follow-up album "Concrete Ground" saw the light of day contributing to their reputation of fine synth-pop craftsmen and witty songwriters.

After a change of record label in 1996 their break-through album "Nightfall" was released featuring the club-filler "Im Innern Einer Frau". Produced by Jos? Alvarez ("Wolfsheim", "De/Vision") this collection of electro-pop gems is still one of their best-known and most popular albums in Europe as well as the Americas, only to be topped by their album "Truth" in 1997. This release is best known for the single "Another World", which received airplay in Europe and was popular in many synth pop and industrial music nightclubs in Europe and the United States.

Members of the group include:

The word Beborn doesn't mean anything in particular, while Beton is the German word for concrete, which the band explains refers to the urban environment they grew up in.

Tales from Another World

Tales From Another World cd02

Tales From Another World cd01