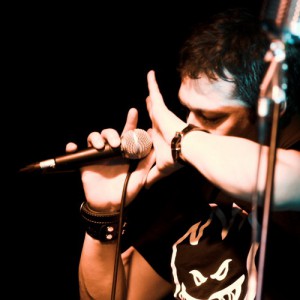 1. Psyche are a Canadian dark synth pop band, now based in Germany. They are centered around Darrin Campbell Huss, who remains the only constant member. Originally founded in 1982 with his brother Stephen Huss, and briefly including Dwayne Goettel. Later collaborations followed with David Kristian, Per-Anders Kurenbach, and Remi Szyszka, all recording albums with Darrin under the name Psyche. To date Psyche have released 11 official full length albums, 1 DVD entitled "Imaginary Life", and several compilations.

Some examples of their best known songs to date are Brain Collapses, Unveiling the Secret, Eternal, Misery, Tears, Sanctuary, Gods And Monsters, 15 Minutes, and a remake of the cult Q Lazzarus song Goodbye Horses made famous by its use in the movie The Silence of the Lambs. Other popular covers include a version of Soft Cell's Sex Dwarf, and Joy Division's Disorder.

Since their debut in the early 80s, Psyche have continued to record, and perform around the world for over 25 years to date.

2. *Note: In the early 90's the name Psyche was also used as an alias of Detroit techno artist Carl Craig. Under this early pseudonym the legendary Detroit based techno producer released a few 12"s on Transmat - later compiled onto 'Elements', alongside other material written under his BFC alias, and released on Craig's own Planet E label.

As The Brain Collapses