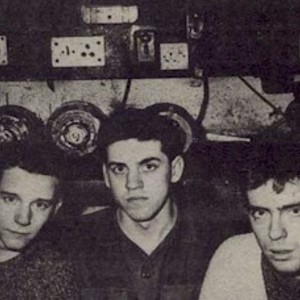 Portion Control are a British electronic group formed in London in 1980. The band often referred to its music as 'electropunk' or simply as 'hard rhythmic electronics'. They are one of the most renowned of obscure electronic music acts in the world, and have been honored and name checked by the likes of Depeche Mode , Skinny Puppy, Front Line Assembly, Nine Inch Nails and Orbital. Since Portion Control, those involved have moved on to record as Solar Enemy and Slug.

As of April 2009, Portion Control is preparing to release a new 2-disc digipak that consists of re-worked older material as well as new and unheard tracks. The album will be called CROP and is To be released on the label, Sigsaly Transmissions late June 2009.

Unrest In The Grime