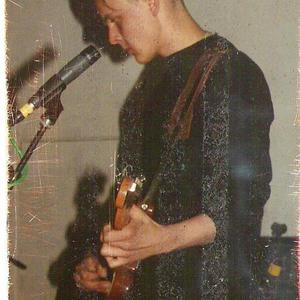 Bourbonese Qualk's credentials as early and important contributors to the industrial scene is born out by their presence on the seminal Elephant Table compilation from 1983. Up until 1987, they were essentially a collaborative effort of two individuals: Simon Crab and Steven Tanza. In 1987, Crab and Tanza went their separate ways. Tanza's project since then has been called The State. Crab maintained the Bourbonese Qualk name.

Bourbonese Qualk became a virtual band with the release of My Government Is My Soul. Crab, who had for years played virtually all instruments/electronics beyond percussion, left guitar work to Miles Miles and focused more and more on a large electronic sound, still recognizably funk-beat driven as was much of their earlier music.
With Miles Miles' death in 2002, the members disbanded.

archive is now at:
http://www.bourbonesequalk.net