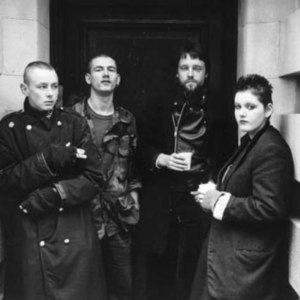 Whitehouse is an English power electronics band formed in 1980. They are known for their controversial lyrics and images (which are often interpreted as misogynistic, sexually deviant, and extremely violent). The band's members have been the subject of censorship in the past. Their name is in mock tribute to the British moral campaigner Mary Whitehouse; it is also a reference to a British pornographic magazine of the same name.

The group's founding member and sole constant is William Bennett. Initially playing guitar in Essential Logic, Bennett later recorded as Come before forming Whitehouse. The band has had numerous other members, including Kevin Tomkins and Paul Reuter. In recent years the most stable line-up consisted of Bennett, Philip Best and Peter Sotos. Sotos left in 2002, however, leaving the band as a two-piece.

Whitehouse music is exclusively released through their own record label, Susan Lawly, who also distribute the "Extreme Music" series.