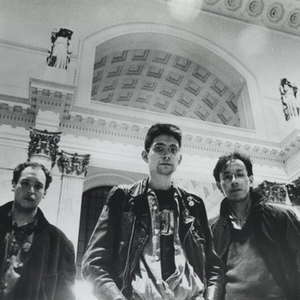 Big Black was an Independent noise rock band founded in Evanston, Illinois, United States, that was active between 1982 and 1987. They were headed by singer, lyricist, guitarist, and co-songwriter Steve Albini. They have been classified as post-hardcore/noise rock, and were a formative influence on industrial rock, but the band members have always described the band as solidly punk rock; in the notes for Pigpile, a live recording of their final London performance, Albini explicitly describes Big Black as punk.

Albini made a name for himself for his controversial "Tired of Ugly Fat?" column in the Chicago zine Matter, as well as irregular contributions to Forced Exposure. At the time, the band consisted of Albini and his drum machine, a Roland TR-606. (All of Big Black's recordings credit "Roland" as if "he" were a member of the band.)

The Lungs EP, the first effort to appear under the Big Black name, was recorded by Albini in his dorm room at Northwestern University. Intended primarily to recruit members to fill out the band, Lungs was released by Ruthless Records. The record is infamous for the variety of inserts, which included a lyric sheet in most copies, plus extras like condoms, dollar bills, stickers, concert tickets, photographs, silverware, razor blades, bloody bandages, and squirt guns. Heavily influenced by Public Image Limited and Killing Joke, Albini describes the amateurish Lungs as one of his few artistic regrets.

In 1983 Jeff Pezzati and Santiago Durango, both of Naked Raygun, joined the band on bass and guitar, respectively. They recorded two EPs together, switching to Homestead Records, and soon after Pezzati left the band. He was replaced by Dave Riley.

Riley was a longtime funk fan and had worked at a Detroit recording studio frequented by Sly Stone and George Clinton. His bass guitar work with Big Black was, to a degree, influenced by funk -- not to suggest that he played like Bootsy Collins or Larry Graham, but he did bring a sinuous quality to the music. Even before Riley joined, there was evidence of an interest in funk: Big Black had already covered James Brown's "The Payback".

The band made a name for itself nationally with its first album Atomizer, which featured more controversial lyrics by Albini, and strong contributions by Durango and Riley to the songs and arrangement -- a working scheme the band had settled on because it took advantage of each member's strengths. Some listeners did not understand that their songs were either social commentary or sarcastic jokes (often both), and assumed that the band was sexist and racist. Albini responded to these accusations by making his lyrics even more offensive than before. Albini has stated that irritating "squares" was no challenge, but he took specific glee in offending "hipsters".

Albini drew much lyrical inspiration from misadventures and escapades he observed during his teen years in rural Missoula, Montana: for example, "Cables" was inspired by acquaintances who would visit a slaughterhouse to watch cattle get killed.

In 1987 the band switched labels again, this time to the cult Chicago-based indie label Touch and Go Records, when the band became disenchanted with Homestead Records after the label illegally released promotional-only copies of some limited-edition recordings. Big Black then released the Headache EP, which bore a sticker reading, "Not as good as Atomizer, so don't get your hopes up, cheese!" This was not a gimmick; the band truly thought Headache was inferior, and wanted to warn fans.

Shortly after, Durango announced that he was leaving the band to attend law school. Never expecting to make a career out of Big Black, the band realized this would be a good time to stop, not wanting to turn into the Rolling Stones. They broke up, and then released one final album, Songs About Fucking.

Steve Albini went on to become a successful recording engineer (he dislikes the term "producer") for bands like Pixies, Nirvana, The Jesus Lizard, The Auteurs, Slint, Membranes, P.J. Harvey, and many others, in addition to playing in Rapeman and Shellac.

The band are mentioned in the 1988 Dead Milkmen song, Sri Lanka Sex Hotel, in the line: "Let's play Big Black at 3 a.m., And tell the neighbours they can all get fucked".

Dave Riley has largely recovered from a stroke that befell him in 1993 and has since released a CD and a book.

Santiago Durango released two EPs as Arsenal on Touch and Go, and is still a practicing lawyer. In his first case he helped recover Cynthia Plaster Caster's bronze casts of the genitalia of various rock and roll artists, including that of Jimi Hendrix. He handled some litigation for Touch and Go, and is currently an appellate defender.

Touch and Go acquired the rights to the Big Black back catalog, and reissued these (by this time) hard-to-acquire classics.

Big Black have been posthumously successful, with Q Magazine's August 2007 issue naming Songs About Fucking as the fifth loudest album of all time, just ahead of the Who's Live at Leeds and Public Enemy's It Takes a Nation of Millions to Hold Us Back.

Big Black briefly reunited to play a few songs at Touch and Go Records 25th anniversary celebration on 9 September 2006. The line up was Steve Albini, Santiago Durango and Jeff Pezzati. They played "Cables," "Dead Billy," "Pigeon Kill," and "Racer X," in that order.

"I know what you're all thinking... 'what was all the fuss about?'" Albini said onstage that night. He later said that the reunion would not have happened but for the Touch & Go anniversary, and said the record label is "the most important thing to happen in music in my lifetime." Pezzati and Durango nodded in assent.

Big Black's career is chronicled in Our Band Could Be Your Life, a study of several important American underground rock groups.