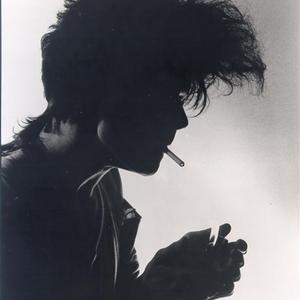 General name for works of J.G. Thirlwell (aka Clint Ruin, Manorexia, Steroid Maximus & others) - commonly, if simplistically - described as industrial. Many name variations have been used during his four-decade spanning career, beginning with the first proper album Deaf in '81, using the name You've Got Foetus on Your Breath. Since the mid-'90s, 'main project' releases (excl. projects like Manorexia), have simply used the name Foetus.

Frenetically creative, and playing only by his own rules, Thirlwell has never stopped experimenting and evolving his sound. While his music is most often outside of any genre, it is most frequently described as Industrial or No-Wave. His earlier music is usually quite harsh and distorted, although since Love, his music has become increasingly orchestral and symphonic, sometime sounding like a full orchestra, but is actually only J.G Thirlwell himself, though sometimes assisted by guest musicians on select tracks. His latest album, Hide, goes even further in this direction than Love did, beginning with an operatic piece sung by Abigail Fischer.

He has inspired many following industrial artists; like Nine Inch Nails, Pig and Cop Shoot Cop, among others, with his sonic assault and innovative use of studio technology, and was a key contributor on Coil's groundbreaking debut album Scatology as well as appearing on a few early Nurse With Wound recordings.

Thirlwell has also worked on collaborations under the names of Steroid Maximus (multiple collaborators), Stinkfist (with Lydia Lunch), Flesh Volcano (with Marc Almond), Baby Zizanie (with Jim Coleman) and Wiseblood (with Roli Mosimann of Swans); and does remix work as well, often under the name of Foetus. He also lent his voice to the introduction of album Misguided by Argyle Park.

Thirlwell is currently the Composer In Residence for Adult Swim's "The Venture Brothers".

For the video release of Season 3, a soundtrack album was also released, titled "The Venture Bros.: The Music of JG Thirlwell". This is the same audio CD included as a bonus with the Blu-ray version of Season 3. While the CD release was originally made available at Adult Swim's website, it was given a wide release on May 12, 2009;[15] the vinyl LP release came out a month earlier. It can also be downloaded from most major digital retailers. The CD features 20 tracks, while the vinyl LP release is 16 tracks.[16]

In the episode "The Trial of the Monarch," The Monarch mentions a picture of Dr. Girlfriend "skinny dipping with Jim Foetus," a reference to Thirlwell.