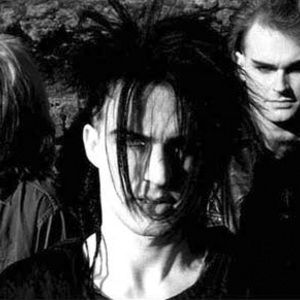 Inspired by the groundbreaking music of Chrome, Kraftwerk, Cabaret Voltaire, Throbbing Gristle, Portion Control, The Legendary Pink Dots, and others, Skinny Puppy experimented with electronic recording techniques and methods. the band composed multi-layered music generally using keyboards, synthesizers, found sounds, drum machines, live percussion, tape splices, samplers, and conventional rock music instruments. Whereas many contemporary remixes and re-edits of songs were created in order to make a song more suitable for dancing or different radio formats, Skinny Puppy approached remixing and re-editing as an artistic process of reinterpreting compositions, often using remixes to push their sound into styles of ambient, dub and techno. Skinny Puppy's often informal, improvisational approach to musical composition is indicated by use of the term brap, coined by them and defined as a verb meaning "to get together, hook up electronic instruments, get high, and record".

Skinny Puppy's first two proper releases, Bites and Remission, fall somewhere between the found-sound chaos of early Cabaret Voltaire and the abrasive, futuristic synthpop of the Units or Crash Course in Science. While the intense synth programming, abstract rhythms, and surreal samples--all Puppy trademarks--are present here, the albums owe as much to new wave as to industrial.

A subsequent EP, Chainsaw, featured a remix of Bites's "Assimilate" that earned the band some attention from club DJs. 1986's Mind: The Perpetual Intercourse earned Skinny Puppy greater attention, as "Dig It" and "Stairs and Flowers" became alternative club and college radio hits; the video for the former was played occasionally on MTV. The album is arguably less club-friendly than its predecessors, as the band continues to refine a claustrophobic, almost surreal sound that buries rhythm and melody. The follow-up, Cleanse, Fold, and Manipulate treads similar territory.

VIVIsectVI was a breakthrough for the band, with "Testure" becoming their biggest club hit to date, and the album itself was received warmly by college radio. The title of the album was a pun intended to associate vivisection with Satanism (ie. the "666 sect"). The album shows SP integrating more political and social themes: "Testure" is an animal rights song; "VX Gas Attack" concerns the use of chemical weapons; "State Aid" promotes sexual abstinence to stop the spread of AIDS/HIV.

Ogre had become very interested in Ministry and Al Jougensen's side projects, and he persuaded the rest of the band to allow Jourgensen to produce Rabies. While "Worlock" (a track Jourgensen didn't produce) remains an industrial club classic, the album was received coolly, as many thought Jourgensen's heavy metal guitar-based signatures did not compliment SP's more complex, intricate sonic sculptures. The band briefly disbanded afterward.

They reformed and returned to their electronic roots with Too Dark Park, a hallucinogenic album that owes as much to psychedelia as industrial music. Two years later, "Last Rights" covered similar territory, culminating in the epic sound sculpture "Download." Although their sound had moved away from industrial dance, these albums expanded the band's audience, and provided the template for many industrial bands of the 1990s.

Following "Last Rights", the band, poised for a major breakthrough in the wake of Nine Inch Nails' commercial success, left their longtime label Nettwerk for American Recordings. Their highly anticipated followup was unfortunately marred by personal tragedy - the death of dwayne goettel - and the band's inability to agree on a direction for the record. Numerous producers, including Martyn Atkins (PigFace/Invisible Records founder) and Roli Mosimann (Swans), came and went without success; finally the band regrouped with longtime collaborator Dave "Rave" Ogilvie to finish "The Process". The band expanded their range, working with gothic pop and heavy metal, alongside their familiar electronic textures. While seemingly rushed to completion following Goettel's death (it sounds half-finished in parts), it is an interesting change for the group. Unfortunately American Recordings, tired of waiting for the record, did little to promote it. Skinny Puppy broke up afterward.

With interests in filmmaking, they made a number of music videos, each attempting to further the theme and concept of the composition at hand. Most of these videos received little air play by major music video networks such as MTV (USA) and MuchMusic (Canada) and some were outright banned. For example the video for "Worlock" was universally banned because it is a "non stop gore fest" of clips from various horror movies. Because none of these clips were authorized for usage in the video it has never been commercially available.

Their concerts have been marked by their bizarre and bloody conceptual performance art, which for every concert was planned with the intention of challenging the notions of all who observed. Their music had some acceptance in dance clubs because of its danceable beats, but had little play on commercial radio. Skinny Puppy had little commercial success outside of Canada, but their influence on industrial music is immense.

The band began with the intention of doing something "raw" and "real." Ogre's vocals, one of Skinny Puppy's most recognizable features, are typically roughly growled snarls of half-sentences and fragmented stream of consciousness. Lyrical themes included animal rights, politics, religion, horror, drug abuse, disease, and environmental degradation; these themes were often lyrically and conceptually intertwined. Other core aspects of the Skinny Puppy sound include the mixture of heavy sampling and experimental noise with softer musical styles sometimes approaching synthpop.

post-punk politics are a recurring theme utilised by Skinny Puppy. Some say the meaning of their name is that their music and lyrics give a view of the world from the eyes of a starving animal. They have long had an interest in animal rights; this is most obvious in their song Testure, which is about vivisection and other animal testing being scientific fraud. During many of their concerts Ogre would take the role of "scientist" and experiment on a stuffed animal. In 1988 they were arrested for their mocked-up vivisections, and found it ironic to be arrested for a parody of what was happening for real across the street from their concert. During their TGWOTR tour, criticism of the Bush regime was a recurring theme, particularly during their performance of VX Gas Attack, a song about atrocities perpetrated by Saddam Hussein, originally released while he was still considered an ally of the United States.

The last two studio albums are points of contention for old school Puppy fans. During the recording of The Process, the band broke up. Even more tragically, Dwayne Rudolph Goettel died, from an apparent heroin overdose at his parent's home, soon afterwards. Some people say that cEvin, Nivek, and Dwayne didn't connect as well on this album as they had earlier because their respective musical interests were diverging at the time, others claim it was the heroin.

Key and Ogre later reunited as Skinny Puppy for a one-off concert in Germany in 2003. Afterwards, they decided Skinny Puppy should continue as an ongoing project. The newly reconstituted Skinny Puppy released The Greater Wrong of the Right in 2004, their first studio album in 8 years, and have been continuing since, constantly evolving their sound.

The Greater Wrong Of The Right