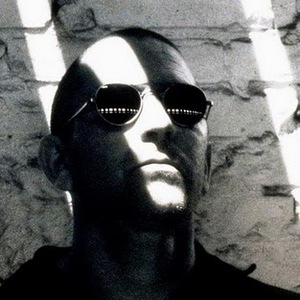 Clock DVA is an electronic music group from Sheffield, England. Originally founded, in late-1977, by Adi Newton and Steven Turner. They were first known for experimental electronic music. They became associated with industrial music with the 1980 release of their album White Souls in Black Suits on Industrial Records, although in reality the early material that predates this release is a blend of extreme electronics and frequencies that was heard only by a spartan few, including Jhon Balance and other notaries.

They became associated with industrial music with the 1980 release of their album White Souls in Black Suits on Industrial Records, although in reality the early material that predates this release is a blend of extreme electronics and frequencies that was heard only by a spartan few, including Jhon Balance and other notaries. (This early archive material, which includes the Sex Works Beyond Entanglement 12" EP (1979) originally planned for release by Cherry Red with the tracks Throbbing Sweeping Obscene/Coil/The Pop Hell, is due for release with a number of other extreme pure-electronic compositions and will readdress the morphology of DVA history.) The album Thirst followed in 1981, by which time Adi Newton and Steven Judd Turner had combined musique concr?te techniques with guitar, bass, and drum instrumentation, fused with Newton's unique art direction and existential lyrics and writing.

After the tragic death of Steven Judd Turner, Adi Newton formed a new version of the band in 1983. First releasing the singles Passions Still Aflame and High Holy Disco Mass on the major label Polydor under the name DVA, the group then released the album Advantage (along with several singles). During a European tour a dispute amongst the musicians occurred resulting in Adi Newton disbanding the group. However the remaining musicians attempted an abortive continuation of the tour without him, which resulted in negative reaction from DVA fans appalled by Newton's absence.

In 1987 Adi Newton, while still working within TAGC, allowed a reformation of DVA. He was at the time experimenting with computer sound sampling techniques and sequencing and had already created a blueprint for a track originally titled "Diamond Bullet," which later became "The Hacker." This reformed line-up consisted of creative director Adi Newton; vocalist, sound designer, Dean Dennis; and Paul Browse. From this line-up came the album Buried Dreams.

After the release of Buried Dreams and a series of singles taken from the album, a number of problems occurred. Paul Browse left to try to resolve issues with the record label in Berlin but remained in Germany and never returned. As a result, Robert Baker joined the line up, which then released the albums Man-Amplified and Digital Soundtracks. Dean Dennis left to start work on a new project. The album Sign followed during a transitional period in which Adi Newton relocated to Italy, taking Clock DVA/TAGC with him as sole director and reactivating the project in a new direction.

Adi Newton and creative partner Jane Radion Newton are currently working on the remastered release of their whole back catalog, which was set to be released in the autumn of 2008 by Mute records as a box set including a 120-page book. They are also working with invited guest artists on new Clock DVA/TAGC studio albums, which are scheduled for a 2009 release to coincide with a number of key European performances and installations.