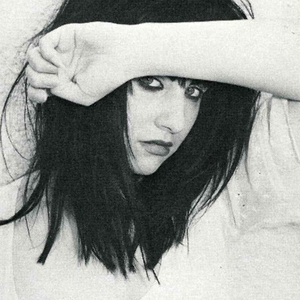 After arriving in New York City at the age of 16, she worked as a bar maid and go-go dancer at the Baby Doll Lounge on White street in Tribeca. Lydia met Suicide (who become her first friend in NYC) and Willy DeVille (who gave her the name 'Lunch' because she'd often been stealing lunch for The Dead Boys). Then she moved in for about a year with then-boyfriend James Chance (born James Siegfried) who had come to New York (from Milwaukee) in the last week of 1975. They lived at a funky two-room fifth-floor walk-up apartment on East 2nd street (between Avenue A and B) and at a tiny storefront on Twelfth street.

Lunch moved into a large communal household of artists and musicians in NYC, including Kitty Bruce, daughter of Lenny Bruce. After befriending the 'godfathers of punk' Suicide at Max's Kansas City, she founded the short-lived but influential No Wave band Teenage Jesus and the Jerks in 1976 with her artistic partner, James Chance. Both appeared on the seminal No Wave compilation No New York. Lunch later appeared on two songs on Chance's album Off White (credited to James White and the Blacks; Lunch used the pseudonym "Stella Rico") in 1978.

She appeared in two films directed by the husband and wife film-making team of Scott B and Beth B; In the short film Black Box (1978) she played an unnamed torturer, and in the feature length, neo-noir thriller Vortex (1982) she played a private detective named "Angel Powers". During this time, she also appeared in a number of films by Vivienne Dick, including She Had her Gun All Ready (1978) and Beauty Becomes The Beast (1979), co starring with Pat Place.

In the mid-'80s she formed her own recording and publishing company called "Widowspeak" on which she continued to release a slew of her own material, including songs and spoken word.

Simon Reynolds (author of Rip It Up and Start Again: Postpunk 1978-1984) wrote: "And although 'affection' is possibly an odd word to use in reference to a bunch of nihilists, I do feel fond of the No Wave people. ... there are great moments throughout Lydia Lunch's long discography." Selected quotations:

I'm nihilistic, antagonistic, violent, horrible - but not obliterated, yet.

I would be humiliated if I found out that anything I did actually became a commercial success.

There're enough happy assholes out there, why should I be another one in the line...

It seems to me, that for over two thousand years now; mad-men, maniacs, and would be messiahs have been pilfering, have been pillaging, have been plundering, and have been raping the entire planet; and the way I see it, Mother Nature is getting pretty pissed off.

No pornography exploits women. It exploits men. It's the men that are made to look stupid, silly and ridiculous, chasing after the golden elixir. Women look beautiful, do what they wanna do and get paid for it.

The only way to define the art of Lydia Lunch is simply not to.

Shut Up And Bleed

Touch My Evil (With Anubian Lights)

Smoke In The Shadows