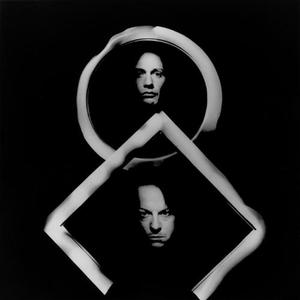 Cabaret Voltaire were an experimental music band which formed in Sheffield, England in 1973. They originally consisted of Stephen Mallinder (vocals, bass), Richard H. Kirk (guitar, keyboards, sound manipulation) and Chris Watson (sound manipulation, tapes, keyboards). Watson left the group in 1983 and the band continued as a duo until their disbandment in 1994. Hailing from Sheffield, England, Stephen Mallinder and Richard H. Kirk were the backbone of Cabaret Voltaire, and creators of many of the techniques that fueled the industrial and electronic genres for years.

Hailing from Sheffield, England, Stephen Mallinder and Richard H. Kirk were the backbone of Cabaret Voltaire, and creators of many of the techniques that fueled the industrial and electronic genres for years. From the droning noise-punk of Nag Nag Nag to the sublime dance-pop of Easy Life, with industrial funk hits like Sensoria in between, the Cabs' career spanned two decades.

Many recent/current electronic artists owe a great deal of debt to Cabaret Voltaire's experimental beginnings, in particular Richard H Kirk's paranoid otherworldly samples, fused with gritty dark looped percussion. Kirk also had several solo outings, with his Sweet Exorcist incarnation opening the doors for Warp Records, in their "bleep" days that were the harbinger for the sonic experimentation of Aphex Twin, Autechre, The Black Dog, and more.

The late 80s and early 90s saw Cabaret Voltaire take an increasingly pop-oriented bent in their music, but many tracks like Easy Life and later, Colours fused hooks with all the excitement of the burgeoning rave scene in the UK.

As well as working on his own aural experiments, original band member Chris Watson now works as a well-respected sound recordist, developing some innovative techniques for Natural History radio and TV, most recently (2006) for the BBC's Galapagos series.

Richard H Kirk now has sole legal ownership of the Cabaret Voltaire name and has so far only used the name for remix projects of Kora and The Tivoli. Surprisingly he used his own name for the Johnny Yesno Redux remixes of Cabaret Voltaire tracks (release in 2011). Kirk views it that Watson and Mallinder both left the band, leaving him to carry it on.