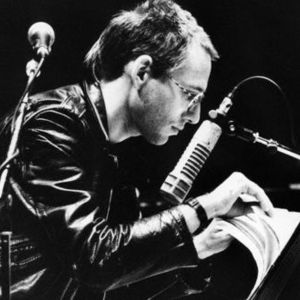 John Zorn (born September 2, 1953 in New York City, United States) is an American avant-garde composer, arranger, record producer, saxophonist and multi-instrumentalist. Zorn's recorded output is prolific with hundreds of album credits as a performer, composer, or producer. His work has touched on a wide range of musical genres, often within a single composition, but he is best-known for his avant-garde, jazz, improvised and contemporary classical music.

Zorn has led the punk jazz band Naked City, the klezmer-influenced quartet Masada and composed the associated 'Masada Songbooks', written concert music for classical ensembles, and produced music for film and documentary. Zorn has stated that "I've got an incredibly short attention span. My music is jam-packed with information that is changing very fast... All the various styles are organically connected to one another. I'm an additive person - the entire storehouse of my knowledge informs everything I do. People are so obsessed with the surface that they can't see the connections, but they are there."

After releasing albums on several independent US and European labels, Zorn signed with Elektra Nonesuch and attracted wide acclaim in 1985 when he released The Big Gundown with his interpretations of music composed by Ennio Morricone. This was followed by the album Spillane in 1987, and the first album by Naked City in 1989 which all attracted further worldwide attention.
Zorn then recorded on the Japanese DIW label and curated the Avant subsidiary label before forming Tzadik in 1995, where he has been prolific, issuing several new recordings each year and releasing works by many other musicians.

A Garden Of Forking Paths

Nostradamus: The Death Of Satan