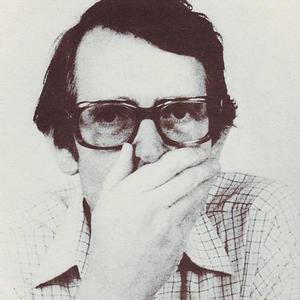 Derek Bailey (January 29, 1930 ? December 25, 2005) was a free improvising avant-garde guitarist. The most noticeable feature of his style is what appears to be its extreme discontinuity, often from note to note: there may be enormous intervals between consecutive notes, and rather than aspiring to the consistency of timbre typical of most guitar-playing, Bailey interrupts it as much as possible: four consecutive notes, for instance, may be played on an open string, a fretted string...

Many of the key features of his music ?radical discontinuity, the self-contained brevity of each gesture, an attraction to wide intervals? owe much to Bailey's early fascination with Anton Webern, an influence most audible on Bailey's earliest available recordings, Pieces for Guitar (1966-67, issued on Tzadik).

Playing both acoustic and electric guitars (although more usually the former), Bailey was able to extend the possibilities of the instrument in radical ways, obtaining a far wider array of sounds than are usually heard. He explored the full vocabulary of the instrument, producing timbres and tones ranging from the most delicate tinklings to fierce noise attacks. (The sounds he produced have been compared to those made by John Cage's prepared piano.)

Typically he played a conventional instrument, in standard tuning, but his use of amplification was often crucial. In the 1970s, for instance, his standard set-up involved two independently controlled amplifiers to give a stereo effect onstage, and he often would use the swell pedal to counteract the "normal" attack and decay of notes. He also made highly original use of feedback, a technique demonstrated on the album String Theory (Paratactile).

To Play - The Blemish Sessions

Close To The Kitchen (With Noel Akchote)

0Re (With Eddie Prevost)