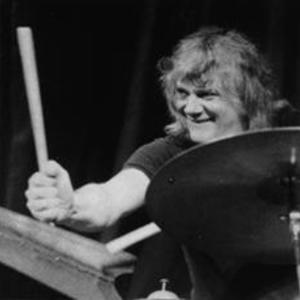 Tony Oxley (born 15 June 1938) is an English free jazz drummer and one of the founders of Incus Records. A self-taught pianist by age eight, he first began playing the drums at seventeen. While in the Black Watch military band from 1957 to 1960 he studied music theory and improved upon his drumming technique. From 1960 to 1964 he led his own quartet which performed locally in England, and in 1963 he began working with Gavin Bryars and guitarist Derek Bailey in a trio known as Joseph Holbrooke.

Oxley moved to London in 1966 and became house drummer at Ronnie Scott's, where he accompanied visiting musicians as Joe Henderson, Lee Konitz, Charlie Mariano, Stan Getz, Sonny Rollins and Bill Evans until the early 1970s. He was also a member of various groups led by musicians such as Gordon Beck, Alan Skidmore and Mike Pyne.
In 1969 Oxley appeared on the recording of the later released John McLaughlin album Extrapolation and also formed his own quintet consisting of Derek Bailey, Jeff Clyne, Evan Parker and Kenny Wheeler, releasing the album Baptized Traveller. Following this album the group was joined by Paul Rutherford on trombone and became a sextet, releasing the 1970 album 4 Compositions for Sextet.
That same year Oxley helped found Incus Records along with Derek Bailey and others and also the Musicians Cooperative. He also received a three month "artist-in-residence" at the Sydney Conservatorium in Australia in 1970. Around this time he joined the London Jazz Composers Orchestra and also got involved with collaborations with Howard Riley. In 1973 he became an instructor in jazz at the Barry Summer School located in Wales, and in 1974 he formed another group of his own known as Angular Apron. Through the 1980s he worked with various musicians, including Tony Coe and Didier Levallet, also forming his own Celebration Orchestra during the latter half of that decade. Oxley also did extensive touring with Anthony Braxton in 1989, and also began a long-lasting working relationship with Cecil Taylor during this period.
In 1993 he joined an international quartet that included Tomasz Sta?ko, Bobo Stenson, and Anders Jormin.