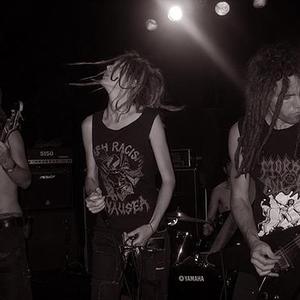 1) Iskra is a crust punk band with heavy black metal influence (a style they dub "blackened crust") from Canada. Iskra was formed by members of the '90s crust band Black Kronstadt, whose sound was more comparable to that of bands like Provoked. The band has recently been gaining a lot of attention in the NW crust and grindcore scenes. They played at 2007's Burning Portland, a massive 2 day crust/grind festival. Iskra was denied entry into the US for a recent tour, and had to cancel numerous dates, but were eventually able to finish most of the tour.

2) Iskra (www.facebook.com/iskraofficial) is a hardcore/metal band from Norway that was founded back in 2002. NEW ALBUM DUE 2012

3) Iskra is a Swedish Jazz band:
Baritone sax player and jazz veteran Allan Olsson was one member of the GL Unit. He in turn introduced them to drummer Sune Sp?ngberg and in March 1971 they formed Iskra, unaware that there already existed a British group by that name. The reason for resuscitating the name of the old Bolshevik newspaper was the same for both groups, namely a mixture of music and politics. While hunting sites, Iskra came in contact with a small theatre in Stockholm named Teater 9. It was here that the music series named ?-ppen musik (Open Music) was started, a central musical happening where the scene was opened to as many forms of musical expression as possible. This was Iskra's venue and they were joined by Bernt Rosengren, the Turkish-inspired jazz group Sevda, the English/South African trumpeter Mongezi Feza, singer Jan Hammarlund, the jazz group Rena Rama and many more. Open Music gave some twenty concerts to its Stockholm audience before the project was ended in 1973. And in the same year, Philip Wahren left Iskra.

Iskra's music was sketched freehand. Only a few guide posts existed. Improvisation and ensemble work formed the core. But there was plenty of space for tonally free passages, rhythmic interplay using percussion and noise instruments, wonderfully quiescent moments with an amadindan (a large, African xylophone), humoristic interludes and siren calls from Asian cultures. The playing could start very attentively and thoughtfully. Sune Sp?ngberg was and is still a percussionist with an almost ascetic economy where pauses were de rigeur before larger gestures. Allan Olsson was an older, experienced bop-musician who played coherent, long, lyrical lines, sometimes somewhat coloured by Swedish folk music. Iskra experimented with music. It alternated between the pullingly rhythmic as when the group gathered round the amadinda, the playful and the immensely free moments when the group condensed as if it were one instrument.


4) Iskra is a punk-powerpop band, placed in Hamburg, Germany. http://www.myspace.com/iskra3