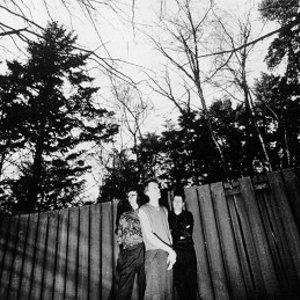 The creative anchor to Minny Pops was Wally Van Middendorp, a key figure in Amsterdam's underground Ultra art movement, and founder of the Plurex label in early 1978. His first single, as Tits, coupled "We're Glad Elvis Is Dead" with "Daddy Is My Pusher" (PLUREX 001), and was a fairly typical new wave record, though darkly humorous. In September Minny Pops were formed as a predominantly electronic band, taking their name from a primitive Korg rhythm box named Mini Pops, and having something in common with Suicide, The Normal and Human League.

In September Minny Pops were formed as a predominantly electronic band, taking their name from a primitive Korg rhythm box named Mini Pops, and having something in common with Suicide, The Normal and Human League. The first line-up, featuring Wally on vocals and drum machine with bassist Frans Hagenaars, guitarist Peter Mertens and two dancers, including Wally's brother Rob, made their live debut on December 12th at the Brakke Grond in Amsterdam.

Minny Pops wasted little time in recording their first single. kojak, backed with Footsteps and nervous (PLUREX 005), was released by Plurex in March 1979, and consisted of borrowed dialogue from the US television cop show, the whole adding up to a clever and effective parody. In June the line-up changed to include guitarists Dennis Duchhart and Stef Emmer, after which the group recorded their debut album, released in September as Drastic Measures, Drastic Movement (PLUREX 900).

In 1979 live shows were restricted to Holland, with a major date at the Melkweg with Red Crayola and Scritti Politti in April, and a support with XTC at the Paradiso in December. The group also played a dozen dates around the country with the Comsat Angels in September as a 'Plurex promotional tour', but since the Comsats had no connection with the label the billing was somewhat bizarre.

Although both the single and album attracted limited notice outside Holland by virtue of the Rough Trade distribution network, it was not until the group linked up with Factory Records that they began drawing more attention. After being booked to support Joy Division at their dates in Den Haag and Eindhoven in January 1980, the band were then invited over to play with the band at the Factory Club (ie. Russell Club) in Manchester on April 11th. While in England Minny Pops also performed at the infamous Bury 'riot' gig on April 8th, and played their own headlining show at Derby Blue Note on the 10th. By now Hagenaars had departed, and the band had recruited their first keyboard player, Wim Dekker, who soon teamed with Wally as the musical core of the group.

The band returned home to play a Dutch tour with The Tapes in May, which resulted in a rush-released Live EP (PLUREX 0016) in June, featuring Night Out, Dolphin's Spurt and Mental. In August the group returned to Manchester to record their debut Factory single, and complete a short headlining tour of the north of England in August, taking in Leeds Warehouse, Sheffield Blitz and Manchester Beach Club.

The watershed Factory single was recorded at Strawberry Studio in Stockport with house producer Martin Hannett, at the same time as the NAMES cut Nightshift. The line-up featured Wally and Wim, together with new bass player Leon van Zoeren and interim guitarist Pim Scheelings. Cut in a single day, Dolphin's Spurt (FAC 31) coupled a harder version of a standout track from the Drastic Measures album with a new song, Goddess, which gave an indication of the direction the band would take on their second album. The tracks were mixed by Hannett only several weeks later. Released in January 1981, FAC 31 was housed in a typically smart Martin Atkins sleeve which played on the Philips corporate house style, in an ironic nod to the group's Dutch heritage.

In November 1980 the band returned to Britain to play a London date at the LSE with A Certain Ratio and the Au Pairs, and record a four song Peel session for BBC radio. This superb session, the first by a Dutch band, comprised Dolphin Spurt, mono, Jets and Ice Cube Wall, and captures well a line-up that is not well represented on record, with Wally, Wim and van Zoeren joined by Gerard Walhof on guitar, the latter later to become an executive editor at Vinyl magazine.

In December the band rounded off the year with a date supporting New Order at the Hal 4 in Rotterdam, then crossed the Atlantic for a short but ambitious seven date North American tour. Together with four dates in New York (at the Rock Lounge, Peppermint Lounge, Mudd Club and Hurrah), the group also played in Hoboken, Toronto and Boston. Despite the band losing about $700, the tour has to be considered a success at a time when few bands from mainland Europe not called Kraftwerk or Tangerine Dream were taken seriously in Britain and America.

Minny Pops set about writing material for their delayed second album, and as a result took on fewer live commitments, although another short British visit in April saw them play with the Comsat Angels and Delmontes in London, then support New Order in Nottingham and Birmingham. In October the band completed a Dutch tour with fellow Factory Benelux labelmates The Names, and on the 24th even drove down to Italy for a one-off show at Gabbice a Mer. Another short Dutch tour in December would prove to be their last live performances. In the meantime the new material was recorded on a powerful demo tape cut in July 1981. One track, Een Kus, was released as a flexi disc (FACBN 13) with the Dutch magazine Vinyl in October, while Kogel appeared in live form on a free live 7" (PLUREX 900-2) issued with a re-release of the Drastic Measures album. The rest of the songs were polished further for release, and recorded at Arnold Muhren studio near Amsterdam. With Wally as the sole common denominator, and with no dedicated guitarist in the line-up, it is hardly surprising that the resulting album, Sparks in a Dark Room (FBN 15), sounds like a different band to the one that recorded Drastic Measures two years earlier. As indeed it was, with Wally and Wim now joined by bassist Pieter Mulder and a real drummer, Orpheus Roovers.

As well as the album, released in May 1982, two singles were also recorded, with the Time b/w Lights released on Factory Benelux (FBN 11) in April, and Secret Story b/w Island on Factory (FAC 57) in September.

By the time Sparks In A Dark Room was finally mixed in February 1982, the band had already begun to lose direction. Wim Dekker, Pieter Mulder and new drummer Ruben Ootes recorded an instrumental EP, Werktitels (PLUREX 0028), under the name Smalts, while Wally acted a master of ceremonies on the epic Crepuscule package tour "Dialogue North-South," which wound through France and the Low Countries in February 1982. Smalts also played a short set at the Amsterdam show. Some of Wally's confrontational dialogue is preserved as 'Raving Lunatic' on the souvenir LP and CD Some Of The Interesting Things You'll See On A Long-Distance Flight (TWI 082). Wim and Wally were then commissioned to write the score for a musical play, Poste Restante, which was recorded in October and subsequently released on Plurex as an LP (PLUREX 3000). However, like the reunion album 4th floor in 1985, this was a patchy affair, and rather confusing to an audience which expected a more logical progression. In effect, Minny Pops had disbanded following a group meeting in August 1983.

Outside the studio, Wally continues to work in an executive management role for a number of labels, including Boudisque, Megadisc, PIAS and Sony. Wim Dekker, Ruben Ootes, Pieter Mulder and Zip Boterbloem reconvened as Smalts in 2002, releasing a brand new CD It's Good To Be On A Well-Run Ship on Staalplaat.