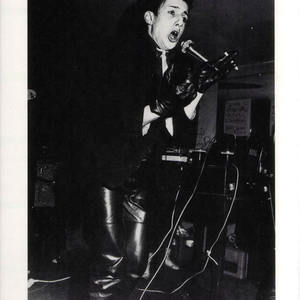 Liaisons Dangereuses was founded by Beate Bartel (Mania D, Einst&uuml;rzende Neubauten) and Chrislo Haas (Deutsch Amerikanische Freundschaft) together with vocalist Krishna Goineau in 1981. As a part of the Neue Deutsche Welle scene (especially electropunk) in Germany they pioneered Electronic body music (ebm). After recording four ten minutes cassettes they released their sole album in 1981. The self-titled album was mixed at Conny Plank's studio in K?ln.

The group made several live appearances throughout 1981 and 1982 and were occasionally joined by Anita Lane (Nick Cave and the Bad Seeds) and Hideto Sasaki. The album carried the single Los ni&ntilde;os del parque which became an underground hit and has been cited by many prominent Chicago house and Detroit techno DJ's as a crucial influence.