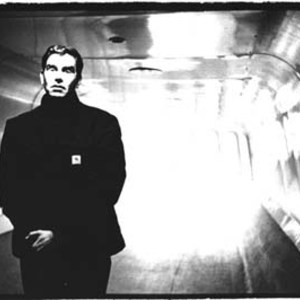 Mark Stewart (born South Shields, Tyne & Wear) is a British musician and founding member of The Pop Group. He makes polemical noise-funk with a hip-hop reggae dub feel and has recorded for On-U Sound Records and Mute Records. Stewart started out in Bristol in 1978 in music with The Pop Group a band whose titles (such as "For How Much Longer Do We Tolerate Mass Murder?") demonstrate political conviction, disrespect for copyright, and willingness to collaborate that laid the foundations for his later work.

The Pop Group split in 1981, with Stewart and two other members heading off to London to hook up with the emerging On-U Sound "conspiracy of outsiders" as part of the New Age Steppers. On-U became a focal point an absurdly diverse set of networks - punks, reggae players from both the UK and Jamaica and free-jazzers.

Stewart has since made several albums under his own name as well as collaborating with big names such as Trent Reznor of Nine Inch Nails fame, Massive Attack, Tricky to name just a few. In 2005, he released a collection of his best work on Soul Jazz Records titled 'Kiss the Future'.

He is currently living in Berlin. Despite this, he is constantly touring.

Mark is well known in several European countries and Japan. He is currently having a documentary filmed about him which will be out on dvd (monitorpop) in february 2008 along with his new album "edit" (crippled dick hot wax!). He will be touring with Tha Maffia (Adrian Sherwood, Keith LeBlanc, Doug Wimbish, Skip McDonald) in April 2008.