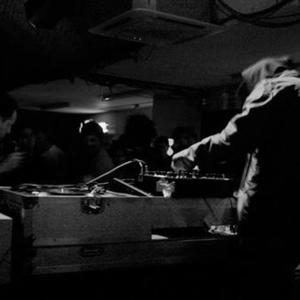 The Bug is the main current music project of London-based producer Kevin Martin. Kevin has been a part of a number of groups including Techno Animal, The Sidewinder, God, Ice, Curse Of The Golden Vampire, Zonal, King Midas Sound, Black Chow, Cult Of The 13th Hour, Pressure and Experimental Audio Research through which he's experimented with fusing such diverse genres as grindcore, industrial, metal, hip-hop, dub, jazz and ambient.

The Bug's music draws influence from dancehall, noise, grime, and hip hop. More subdued influences would include dubstep and the dubtronica and broken techno of Basic Channel and Pole.

The Bug's first album Tapping The Conversation was released in 1997 on the seminal Wordsound label. The album was conceived as an alternative soundtrack to the 1974 Francis Ford Coppola film The Conversation. In this incarnation The Bug consisted of Kevin Martin and DJ Vadim.

From 2001-2004 The Bug collaborated with UK reggae soundsystem veteran The Rootsman on a number of limited edition 7" singles, released on the Razor X label. The project went by the name of Razor X Productions. These releases were characterised by their harsh, aggressive nature both musically and vocally (vocal artists including Jamaican MCs such as He-Man and Wayne Lonesome).

The Bug's second album, Pressure was released on Rephlex Records in 2003. It included a number of more ambient, dub-flavoured tracks alongside the ragga-tinged onslaughts.

In 2004 the Bug collaborated with Warrior Queen on the track Aktion Pak.

The Razor X singles were compiled on the Killing Sound album (along with newer material) which was released by Rephlex in 2006.

Bug projects have included collaborations with a number of singers and MCs including Cutty Ranks, Warrior Queen and Ras B. In 2005 he collaborated with Mark Stewart and Keith Levene and has released records on Rephlex, Tigerbeat6 and Klien Records.

The Bug has produced some radio sessions, including a clash with Soundmurderer on John Peel and a 2006 Breezeblock session with 10 MCs.

In 2007 The Bug's dubplate with Warrior Queen entitled Poison Dart began to spread throughout dubstep clubs and was picked up for release by Ninja Tune. Also during this period Skeng was released to wide club acclaim.

In 2008 The Bug released London Zoo on Ninja Tune. London Zoo is the third album by the English artist Kevin Martin under his alias of The Bug. It was released Ninja Tune Records. The album was released to critical acclaim.