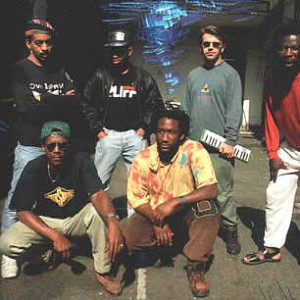 Dub Syndicate is a dub band, formed by Style Scott, former drummer with the Roots Radics and Creation Rebel. Although the line-up has been very fluid, some members of the band have been semi-permanent, notably Bim Sherman (vocals), Deadly Headley (saxophone) and Dr. Pablo (melodica), (N.B. Dr. Pablo is not Augustus Pablo). Most of the band's output has appeared on On-U Sound Records, and has been produced by the label's owner Adrian Sherwood.

Recently Dub Syndicate content has been released on Style Scott's own Lion & Roots record label and production duties have been split between Adrian Sherwood, Scientist, and Style Scott himself.

Other notable reggae artists have appeared on the band's albums, including Lee Scratch Perry and Skip MacDonald, U-Roy and (posthumously) Prince Far I.

The Royal Variety Show The Best Of Dub Syndicate CD2

The Royal Variety Show The Best Of Dub Syndicate CD1

The Rasta Far I CD2

The Rasta Far I CD1