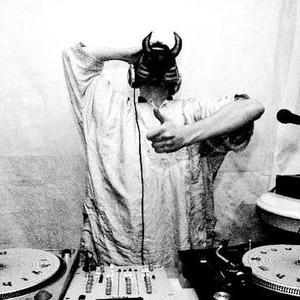 Co-ran the Skull Disco label from 2005 to 2008 with Appleblim. Shackleton's take on the sparse template of minimal techno, originally showing heavy influence from Muslimgauze, evolved over the course of the label's lifespan to a sound that resembled something closer to a skeletal, emaciated take on the drop structure and sepulchral sound design of dubstep. By the time of his last release on Skull Disco - the label's last as well, the aptly titled Soundboy's Suicide Note - his work was practically consuming itself.

As described in a Resident Advisor review, "Shackleton's loopy drum programming and ink-stained bass...are pushed to psychedelic extremes. Rather than seeking a way out for his music, he found new ways to burrow deeper."

Since minting his Woe to the Septic Heart! imprint in 2010, Shackleton's output has become considerably more colorful, going through a resurrection of sorts. This is especially evident in his massive Music for the Quiet Hour / The Drawbar Organ triple LP, in which he infuses bright organ tones into his longstanding brand of mystical minimal techno, replete with incessant polyrhythms, cavernous sound design, and vocal manipulation reminiscent of the early phasing experiments of Steve Reich.

Behind The Glass (With Anika)

Music For The Quiet Hour CD1