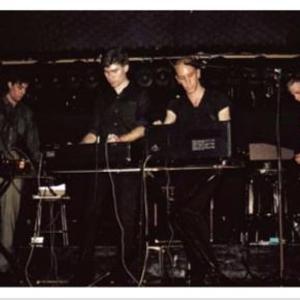 Influenced by their punk upbringing, avant-garde schooling, and no wave surroundings in early 80s NYC,- but not beholden to any genre - Ike Yard managed to create a new sound. By tapping into equal parts the krautrock experimentation of Can, the Neue Deutsche Welle of DAF and the UK post-punk dub of PiL and Joy Division they created sounds and songs unique enough to catch the attention of Factory Records, who made them their first American signing.

But what really set Ike Yard apart were their cutting edge techniques. The mixing board and effects processors were as important as the bass, synth or occasional guitar, giving Ike Yard an aggressive and propulsive sound, where drum machines beat against the sound of scrap metal and angular guitar slashes darted through arpeggiated synth patterns.

Following the rerelease of the early Ike Yard music on Acute Records in 2006, the group reformed and began to record the album that has now been released on Desire Records in France - "Nord" 2010 , with vinyl edition coming in 2011, along with Japan Release in late March .
Available through Other Music in the US.

The group reconvened in summer 2011 to complete some songs that weren't ready in time to be included on "Nord" as well as make a new batch of double beat/ IY synch style tracks so something new can be expected for 2012 ...
The virtual 7" of 2 new cuts is up - http://everythingischemical.com/
+ new Factory LP retransfer and remixes coming TBA .
SA 1/31/12