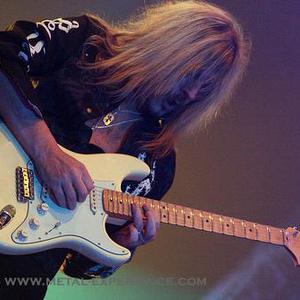 Axel Rudi Pell is a heavy metal guitarist from Germany, who has released a number of solo albums since his departure from Steeler in 1989. His music is a traditional European heavy metal sound, citing Dio, Deep Purple, Rainbow, and Yngwie Malmsteen among his greatest influences. In addition to traditional studio and live albums, Pell has issued several exclusive ballad collections, which have been among his most popular albums.

Into The Storm (Deluxe Edition) CD2

Into The Storm (Deluxe Edition) CD1