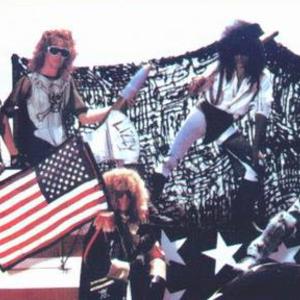 Lizzy Borden is a heavy metal band which formed in 1983 in Hollywood, California, United States. The band currently consists of Lizzy Borden (vocals), AC Alexander (guitar), Dario Lorina (guitar), Marten Andersson (bass) and Joey Scott (drums). Borden and Scott are the only remaining original members of the band. The band originally disbanded in 1993 and reunited from 1998 to 2004, disbanding after the death of founding member and guitarist Alex Nelson in a car crash. In 2006, the band reformed once more and has remained together since.

Deal With The Devil

Terror Rising / Give 'Em The Axe