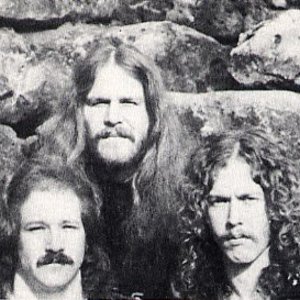 Manilla Road is an American heavy metal band from Wichita, Kansas, USA, forming around its master of lead guitar Mark 'The Shark' Shelton (vocals and guitar). They are considered the creators and masters of the the so-called "epic metal" subgenre. Manilla Road was created by Shelton in 1977 with high school friends Benny Munkirs, Rick Fisher and brothers Robert and Scott Park. After playing in local bars, the group first gained attention with their song "Herman Hill," inspired by the Herman Hill riot.

Manilla Road was created by Shelton in 1977 with high school friends Benny Munkirs, Rick Fisher and brothers Robert and Scott Park. After playing in local bars, the group first gained attention with their song "Herman Hill," inspired by the Herman Hill riot. Their first album "Invasion" was released in 1980 on the band's own label, Roadster Records. Between this time and their next release the band recorded material for an album to be titled "The Dreams Of Eschaton", however this was not released until 2002 (under the name "Mark of the Beast") as they were not happy with the sound. Shelton has been quoted as saying the music was "not metal enough" and "sounded like shit." Despite this "Mark of the Beast" was critically well received when it was eventually released. These early albums have more in common with progressive rock and proto-heavy metal than the band's later epic metal sound.

The next record was "Metal" in 1982, which began to define the future musical direction of Manilla Road. Their "classic" sound was solidified with the epic release of "Crystal Logic" in 1983.

The next five Manilla Road albums (along with a live release, "Roadkill") featured new drummer Randy Foxe, who had more of a thrash-oriented style than original drummer Rick Fisher. Along with "Crystal Logic" (1983), the new lineup's first two albums, "Open the Gates" (1985) and "The Deluge" (1986), are generally considered to be classics in the field of epic heavy metal. It was on these three albums that Manilla Road's style became fully formed. Lyrics typically feature fantastic elements from Norse mythology, Arthurian legend or other literary sources. These are often combined in one setting, the concept album "Atlantis Rising" (2001), for example, features a war between the ?sir and Cthulhu, centered around the city of Atlantis.

"Mystification" (1987) suffered from exceptionally poor production resulting, ironically, from the substandard equipment at a new studio the band hoped would improve their sound. The recent re-release has fixed this problem to a large extent. After Mystification came "Out of the Abyss" (1988), widely criticised at the time for its thrash metal influences. The band released one more album, "The Courts of Chaos" (1990), described by Shelton as "the first true Manilla Road masterpiece" before splitting up because of personal and musical disagreements between Scott Park and Randy Foxe.

In 1992 Mark Shelton recorded "Circus Maximus" with Aaron Brown and Andrew Coss. Despite having never been intended as a Manilla Road project, the album was released under this name at the record company's insistence. After this incident, Mark Shelton went on hiatus for nearly a decade.

Manilla Road re-formed in 2000 and released "Atlantis Rising" in 2001, again with Mark Shelton as the only original member. On this occasion, however, the sound was much more consistent with the Manilla Road of old and it was the band who decided to continue using the name. Their latest albums are "Spiral Castle" published in 2002, "Gates of Fire", in 2005, and "Voyager" in 2008. In May 2009 they released their second live album called "After Midnight Live", which was recorded live, on the air, at KMUW radio studios, Wichita, Kansas in December of 1979 shortly before the release of their debut album "Invasion". The last album "Playground of the Damned" was released in 2011.

To Kill A King

The Blessed Curse / After The Muse CD2

The Blessed Curse / After The Muse CD1