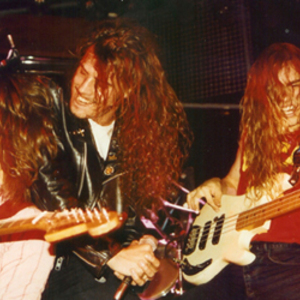 The ultimate progressive/technical thrash band, WatchTower ushered in a new era of extreme metal with their 1985 debut album, Energetic Disassembly, hailed as "Rush meets Metallica at 200 mph" by one publication. Featuring an array of chaotic time changes, aggressive vocals, and possibly one of the most accomplished rhythm sections in metal, this was one of the highlights of metal in the '80s. By 1989 WatchTower's line-up had changed when they released their sophomore effort, Control And Resistance.

The album's quality did not diminish, although the overall atmosphere was a bit more reined in compared with the wildness of their debut. While WatchTower never attained mainstream success, they are considered the godfathers of the progressive/technical metal movement and have been cited as an influence on other progressive bands such as Dream Theater, Cynic, Atheist, Death, Sieges Even, and Spiral Architect.

After the release of 'Control And Resistance' the band went on indefinite hiatus, with Doug Keyser and Rick Colaluca jumping to Retarted Elf and Ron Jarzombek launching Spastic Ink after recovering from multiple hand surgeries. Keyser, Colaluca, and Jarzombek reunited with original vocalist Jason McMaster in 1999 to record the song 'Run If You Can' for Nuclear Blast's A Tribute to Accept and appeared live at Germany's Bang Your Head!!! in 2000 and Holland's Headway Festival in 2004.

Since reuniting WatchTower have re-commenced and then aborted work on the long-dormant third album, 'Mathematics', several times but as of 2009 the album is at long last being worked on once again. On April 9, 2010, WatchTower released a preliminary mix of a brand new song, 'The Size of Matter', as a digital-only single via Amazon, iTunes, and other outlets. It marks the band's first new piece of music since their seminal 1989 album, Control And Resistance, and features core members Ron Jarzombek, Doug Keyser, and Rick Colaluca along with a returning Alan Tecchio on vocals. Tecchio replaces original frontman Jason McMaster for the second time in band history.

On April 23, 2010, WatchTower played their first live show in some 20 years with Tecchio on vocals as co-headliners of Germany's Keep It True festival in Lauda-K?nigshofen.

Concepts Of Math: Book One (EP)

The Size Of Matter (CDS)