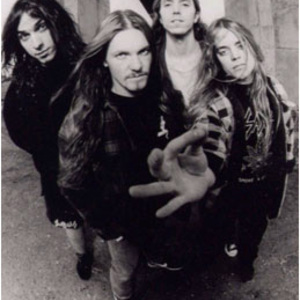 Sadus is a thrash metal outfit from the United States. Sadus formed in 1984 in Antioch, California. While their very first efforts were based highly on Slayer, these players gradually progressed and developed their sound into a unique, innovative kind of music. Despite suffering from poor media exposure, this band has been able to reach the highest peaks in the genre, due to their constantly improving musicianship.

he band name was suggested by a friend of the band named Rick Rogers back in 1985. It was originally taken from the novel Dune where Sadus are judges. The Fremen title refers to holy judges, equivalent to saints. However, as stated by bassist Steve DiGiorgio: "He (Rogers) liked the sound of it and he said he could make it into a cool logo. So we chose it [...] it's not supposed to have a meaning as we don't stand for anything."

Out For Blood + Bonus Disc

A Vision Of Misery