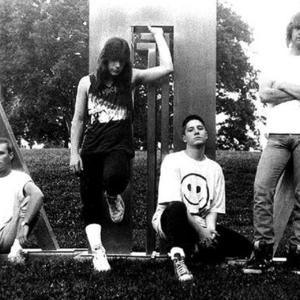 Anacrusis is an innovative progressive thrash metal band hailing from the United States. They have released four full length studio albums. With the releases "Manic Impressions" and "Screams and Whispers" the band stepped out from the classic thrash genre unto sophisticated metal combining complex arrangements and unconventional dynamics borrowed from prog rock and even new wave. They haven't had as much success as some major thrash bands have, but they have toured with Megadeth and have a devoted fan base.

They haven't had as much success as some major thrash bands have, but they have toured with Megadeth and have a devoted fan base.

Formed way back in the 80s by lead vocalist and guitarist Kenn Nardi, Anacrusis combined classical thrash metal with diverse progressive components, shifting time signatures, a strong melody sense and killer riffs. Focused on a combination of listenability and high grade technicality, their most popular album, "Manic Impressions" (1991), was far ahead of its time (with a spectacular cover version of New Model Army's "I Love The World"). However, with metal in a temporary decline and long-time drummer Chad Smith leaving due to financial difficulties, the band was never able to gain the commercial success that it deserved. In spite of this, they remain a true underground tip for lovers of more complex, yet heavy metal.

All four of their albums can be downloaded for free at their site.

Note: It is a common misconception that Anacrusis shared a member with the famous Red Hot Chili Peppers. While both bands had a drummer by the name of Chad Smith, these are two different people.