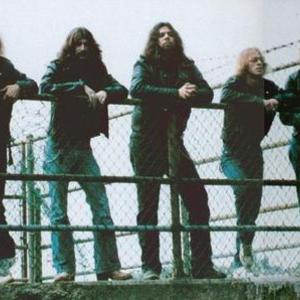 Classic thrash band from the eighties and early nineties. Kill Or Be Killed was their first album released in1985. Their second album Destined For Extinction was released in 1987 one of the all time great thrash albums. They released their long lost third album Hour Of Pain in 2006 which was originally recorded in 1991. The new album is available on www.cdbaby.com. You can also check out their website blesseddeath.com. This album is a must have for any metal head. A true classic.

It thrashes at breakneck speed, there are slow heavy parts and even some acoustic ones which still maintain that classic Blessed Death angry feel to it.

Kill Or Be Killed