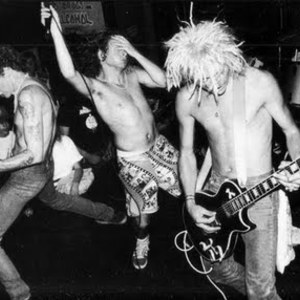 Punk band from Birmingham, UK formed in late 1978, from the remains of a band called The Zits. Supported bands like Suburban Studs, The Prefects, The Killjoys and the UK Subs around the midlands and released 3 tracks on a EP which also featured 3 other local bands. Paul F. - Vocals, Dave Browne - Guitar, Martin Hopeless - Bass, Simon Baker (AKA Cockroach) - Drums. Packed up in late 1980, and reformed for a one-off reunion in 1993.

The Accused is also the incorrectly spelled name for The Acc?sed, says musicbrainz.org. It is an early Seattle crossover thrash band. They formed in 1981 and recently released their 10th LP on Unrest Records (LP) and Condar Records (CD).

The Curse Of Martha Splatterhead

The Return of Martha Splatterhead