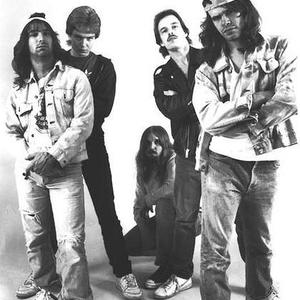 Ludichrist was an American hardcore punk/speed metal band formed in the 1980s in New York. Their musical style broke from traditional New York hardcore roots by adding aspects of rock, heavy metal and jazz, like extended guitar solos and musical interludes. After their second proper album, lead singer Tommy Christ and guitarist Glen Cummings broke up the band and reformed with a new rhythm section as the more humor-oriented, style-jumping Scatterbrain.

Original guitarist Mark Kanabrocki, whom had written most of the first albums songs, left the band before it was recorded and appears only on the record release issued from CBGB called Off the Board. On their debut album Immaculate Deception, one track featured guest vocalists from fellow New York bands Agnostic Front, Nuclear Assault, The Crumbsuckers and Leeway. The original drummer and founder of Ludichrist (also the guy who named the band), Al Batross, left after the first album Immaculate Deception was recorded. Incredibly, Immaculate Deception was reviewed in the May 11th 1987 issue of People between Bryan Adams Into the Fire and The Kinks Think Visual! By the time Ludichrist's second album Powertrip was released, the band only retained two original members, vocalist Tommy and guitarist Glen which naturally lead to a drastic change in style and sound. The band became far more metallic in style, while retaining a range of musical influences and being more overtly humorous, they abandoned the early hardcore style, leaving many of the band's early fans sorely disappointed. But the new style won them many new metal crossover fans and featured stellar muscicianship by Paul Neider (guitar) and Dave Miranda (drums) in particular

Live Off The Board (Tape)