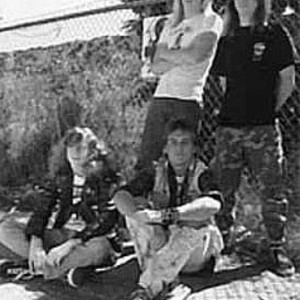 Cryptic Slaughter was an influential Santa Monica, California-based hardcore punk/thrash band. They are cited as being one of the prime influences in the crossover thrash sound, a blending of hardcore with speed metal. Along with Repulsion and Siege, they were instrumental in cementing the early grindcore sound which first emerged in the late '80s, and are cited by grindcore creators Napalm Death as a major influence.

Cryptic Slaughter was formed in 1984 by Les Evans, Scott Peterson and Adam Scott, who were all teenagers at the time, as well as being soccer players. Soon they were joined by Bill Crooks, another soccer player and Adam Scott was kicked out for missing rehearsals.

Their first demo tape, Life in a Grave, was produced in 1985. They toured extensively in support of the albums Convicted (1986) and Money Talks (1987). They are often credited as one of the progenitors of crossover, the thrash metal and hardcore punk crossover genre, along with such seminal acts as D.R.I. and Corrosion Of Conformity. Shortly after the recording of their next album, Stream of Consciousness, the band broke up in 1989 as a result of Crooks and Peterson leaving the band, as well as financial and managerial problems. Shortly after this, however, guitarist Les Evans and bassist Rob Nicholson recruited new members and continued the band. However, the group's last album, Speak Your Peace, was a step in a different direction, with Cryptic Slaughter bringing alternative rock and grunge into the band's sound and doing away with the hardcore punk elements of previous albums.