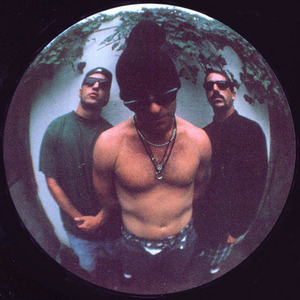 Uncle Slam was an American crossover thrash band formed in 1987. The band originally included vocalist/guitarist Todd Moyer and drummer Amery Smith, both previous members of a short-lived band called The Brood. Louiche Mayorga, who previously played bass alongside Smith in Suicidal Tendencies, was also an original member, but was replaced by Simon Oliver before the band recorded their first album.

The band's debut album was Say Uncle, released in 1988 on Caroline Records. Five years passed until the band released their second album, Will Work for Food, in 1993 on Restless Records. Smith departed the band afterwards and was replaced by another former Suicidal Tendencies member, R. J. Herrera. With the lineup of Moyer, Oliver, and Herrera, the band recorded and released their third and final album, When God Dies, released in 1995 on Medusa Records. The band has been inactive since 1996.

After Smith's departure from Uncle Slam, he resurfaced in two bands, the [artisti]Beastie Boys and BS 2000. He is now in Against, formed by Excel singer Dan Clements and former Suicidal Tendencies members Grant Estes, Amery Smith and Louiche Mayorga.

Will Work for Food