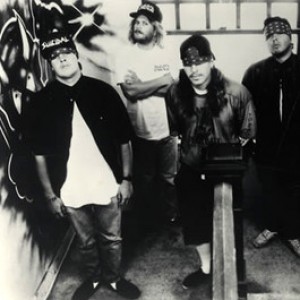 Suicidal Tendencies is an American crossover thrash band formed in 1982 in Venice, California. Sometimes regarded as the progenitors of skate punk, they later incorporated significant heavy metal and thrash elements. The group, led by Mike Muir ("Cyco Miko"), had a rough start that included being voted "Worst Band/Biggest Assholes" in Flipside in 1982. Using the opposition to fuel creativity, they quickly gained a following, performing larger and larger gigs.

As the size grew, so did the rumors of gang relations and violence (eventually leading to a Los Angeles ban on public performances by Suicidal Tendencies). The band signed with the indie label Frontier Records and issued their classic self-titled debut in 1983. The album was the best-selling hardcore album up to that point. It included many memorable songs. The video for Institutionalized was one of the first hardcore punk videos to receive substantial airplay on MTV. It was also used in the Emilio Estevez cult classic movie Repo Man and an episode for the hit TV show Miami Vice (which included a cameo appearance by the group). Recently the track has been used in the blockbuster movie Iron Man. Their song Possessed to Skate solidified their status as a premier skate punk band. How Will I Laugh Tomorrow has become one of the band's most acclaimed songs. After lineup changes and side projects, including the Infectious Grooves, they have continued to release albums and (as of 2004) are working on a new album and a Live-DVD to be titled "Return to Venice."
Former Bass player Robert Trujillo currently plays for Metallica and former guitar player Rocky George joined Fishbone.

STILL CYCO PUNK AFTER ALL THESE YEARS

GET YOUR FIGHT ON!

Lights Camera Revolution-Still Cyco After All These Years CD2

Lights Camera Revolution-Still Cyco After All These Years CD1

Free your Soul...and Save my mind