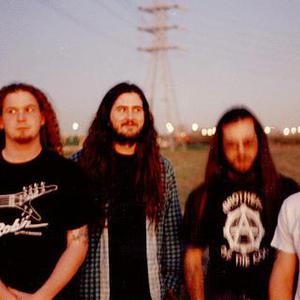 Dead Horse was a thrash metal band from Houston, Texas, which was active in the 1980s and 1990s. Over seven years of touring and recording, Dead Horse developed a style influenced by thrash and death metal. Dead Horse also incorporated elements of country music and Texas culture, on songs such as "Hank" from Horsecore and "Chiggers" from Feed Me. Their first releases, including their debut album, Horsecore: An Unrelated Story That's Time Consuming, were released independently, while they had one nationally distributed LP...

Their first releases, including their debut album, Horsecore: An Unrelated Story That's Time Consuming, were released independently, while they had one nationally distributed LP, Peaceful Death and Pretty Flowers, released through the independent record label Big Chief, distributed by Metal Blade, and manufactured and distributed by Warner Bros. Records. They released the self-financed EP Feed Me in 1994, which was intended as a demo for Interscope Records. The EP failed to garner a major label deal, and primary songwriter Michael Haaga left the group. Dead Horse released the EP BOIL (ing) on Beermoment Music in 1996 after Haaga left, and Scott Sevall form Force Fed took over Hagga's position.

Haaga went on to form The Demonseeds, and played bass guitar on the first album of Superjoint Ritual. He also released a solo LP, with the backing of Houston-based musicians, entitled "The Plus and Minus Show".
In 1999, Relapse Records re-released Horsecore and Peaceful Death and Pretty Flowers; all of the tracks from Death Rides a Dead Horse were bonus tracks for Horsecore while Peaceful Death and Pretty Flowers was accompanied with a track from Feed Me and tracks from their 1990 demo. Additionally, there were hidden tracks on both of the reissued CDs. On Horsecore, the hidden track was the slowed down version of French Fry immediately followed by the real-time version of French Fry. French Fry appeared on the original CD issue as track eight while apparently not on the original vinyl. On Peaceful Death and Pretty Flowers, the unnamed bonus hidden track was a collection of slowed down, spoken voices.

Gregg, Scott, and Ronny have since gone on to form the band Pasadena Napalm Division with D.R.I. vocalist Kurt Brecht.

The Beast That Comes