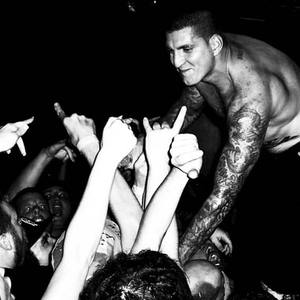 The nyhc band Madball originated back in the late 1980s, as a side project of legendary NYHC outfit Agnostic Front (Where none other than AF's frontman Roger Miret would let his little brother Freddy "Madball" Cricien take the microphone on lead vocals during AF shows). After releasing the "Ball of Destruction" single in 1989, the buzz around the streets was the question of when was Madball going to play next gave birth to an early version of the band playing live on other bills than just AF shows.

It wasn't until 1991 when Madball truly hit their stride, when the lineup of Freddy Cricien on vocals, guitarists Matt Henderson and Vinnie Stigma, drummer Will Shepler, and bassist Hoya Roc of Dmize joined forces. The new version of the band (not just all AF members) quickly recorded and released an EP called Droppin' Many Suckas in 1992, which eventually led to the band signing with Roadrunner in 1994. By releasing a pair of straight-ahead hardcore full-lengths (1994's Set It Off and 1996's Demonstrating My Style) and touring steadily, the band built a sizeable fan base outside their hometown. Consisting of Cricien, Henderson, Hoya, and new drummer John Lafatta, the band recorded Look My Way, which was released in the spring of 1998. Hold It Down followed two years later. For the past three years Madball has come out with a CD evey year Best of Madball in 2003, N.Y.H.C. EP in 2004, in , & what many consider their finest album yet, Legacy in 2005.

Madball is still heavily promoting their latest release "Legacy" on Ferret Records with tour dates all around the world.Along with bands like Agnostic Front, Vietnom, Bulldoze and H2O they comprise a part of New York's famous DMS Crew, one of the oldest, most respected crews in hardcore and the self described "hardest motherfuckers in hardcore."

The current lineup consists of: