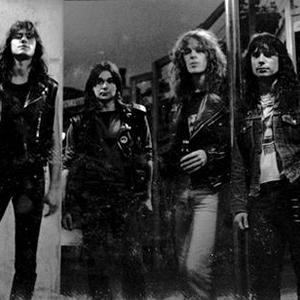 The Dead Brain Cells are a Montreal, Canada based heavy metal band from the late 1980s. Called DBC for short, the band started in 1986 as a small project by former Unruled and Vomit and the Zits drummer Jeff Saint-Louis and former Vomit and the Zits singer Dave Javex Ray-O-Vac, but grew into a serious band (with Dave being fired and replaced by former Unruled singer Cory Lowe, who was also subsequently fired and replaced by the bass player, Phil Dakin, taking up vocal duties).

The band released two albums and did two tours in the United States. The name "Dead Brain Cells," was chosen as the band name over the other choices, "The Mental Pukes" or "The Retarded Assholes", both suggestions made by Dave Javex Ray-O-Vac.

Their first album, Dead Brain Cells was released in 1987. It was followed by a concept piece, Universe in 1989.

The Dead Brain Cells song The Genesis Explosion was featured in a Canadian television commercial for Microcell Telecommunications in 2005. The commercial depicts an older woman using her cell phone to win a radio call-in show.

The guitarist, Gerry Ouellette, died on November 12, 1994. The three surviving members of DBC continue to be an active band performing from time to time in Canada.