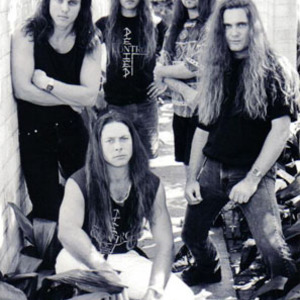 Control Denied was started by Chuck Schuldiner to create a European-style power metal/progressive metal band, mixed with elements of death metal recognizable in his earlier band Death. The band was first started in 1996 as Schuldiner wanted to create a slightly more melodic style than was possible with Death. The project was interrupted by the recording of a Death album in 1998 but Control Denied's debut was finally released in 1999. A second album, tentatively titled When Machine And Man Collide, was partly recorded, but the demise of Schuldiner in 2001, put the recordings on hold.

Remaining band members have expressed a wish to complete and release the material. However, there exists a legal dispute over the rights of the material with Karmageddon Records, further postponing the completion and release. Part of these incomplete recordings were released in the Zero Tolerance two-part compilation of Chuck's b-sides and unreleased tracks.

Discography:
* The Fragile Art of Existence (1999)

The Fragile Art Of Existence