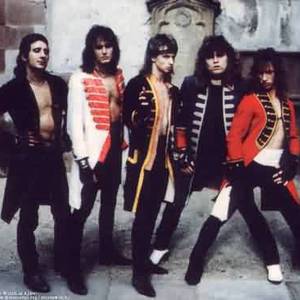 Stormwitch is a heavy metal band from Germany , formed in 1979 under the name "Lemon Sylvan". The name was changed into Stormwitch in 1981. Soon after forming they became known as "The Masters of the Black Romantic", uniquely combining mystery, melodies and dark fantasies into an imaginative form of heavy metal. During the 80's they were one of the better known German cult bands. They released 7 albums before splitting up late in 1994: 1. Walpurgis Night (1984)

They soon stated to work an a new album likely to be released in 2011.

Bound To The Witch

Season Of The Witch (Limitred Edition)

Stronger Than Heaven / The Beauty And The Beast

War Of The Wizards

Eye Of The Storm

The Beauty And The Beast