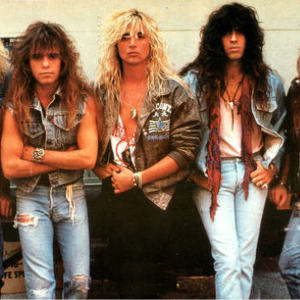 Leatherwolf has gone through multiple vocalists over the past decade or more.
Original vocalist Michael Olivieri quit the band after the release of the "Wide Open" (1999) live album and was replaced by vocalist Chris Adams who in turn recorded a demo with the band. Adams was later let go when Mike Olivieri rejoined and he also recorded a demo with the band.
Mike Olivieri quit once again and Racer X vocalist Jeff Martin was brought in to record yet another demo. Martin also left and was replaced by Wade Black of Seven Witches fame. Black eventually sang on the final product which materialized as the album "World Asylum".
Ironically Black also left the band after the album's release and a small tour. Mike Olivieri has returned to complete the original line-up and is re-recording the vocals for the "World Asylum" album.