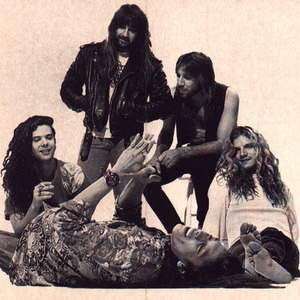 Tesla is an American hard rock band originating from Sacramento, California. The band formed in 1984 as City Kidd and was renamed to Tesla during the recording of their first album on the advice of their manager. According to the Love Song Songfacts, their name comes from Nikola Tesla, the legendary scientist and inventor who quite possibly is single-handedly responsible for the "mad scientist" trope.

Tesla's music fit well with the blasting sound of the 80s glam bands, but was more bluesy and lyrics dealt with other themes than just the usual, girls, alcohol and violence. But what set them even more apart from their contemporaries was their T-shirt and jeans image which was in strong contrast for that time, characteristic of leather pants and flashy-make up.

The group released 6 albums with original music, latest of them entitled "Forever More" (2008) as well as a double-disc covers album "Real To Reel" and a number of compilations and live albums.

Tesla's popular 1990 remake of Signs, originally recorded by the Five Man Electrical Band (who also inspired the album which the remake came from, Five Man Acoustical Jam), is probably the most mainstream of Tesla's hits. However, many fans remember fondly Tesla's other hits such as Gettin' Better, Modern Day Cowboy, Little Suzi, Edison's Medicine and Love Song.