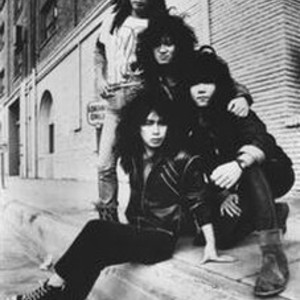 Loudness is a Japanese heavy metal band formed in 1981 by guitarist Akira Takasaki and drummer Munetaka Higuchi. They were the first Japanese heavy metal act signed to a major label in the United States, releasing twenty-three studio albums (five in America) by the end of 2009 and reaching the Billboard Top 100 in their moment of maximum international popularity. Despite numerous changes in their roster, the band continued their activities during the 90's, finally reuniting the original line-up in 2000.

On November 30, 2008 original drummer Munetaka Higuchi died from liver cancer at a hospital in Osaka at age 49. Loudness replaced him with Masayuki Suzuki and are still active to this day.

Back in the '70's, drummer Munetaka Higuchi and guitarist Akira Takasaki played together in a pop-rock band called Lazy. In an effort to pursue their musical aspiration even farther, they split from the successful group and launched Loudness in May 1981. The duo was joined by former Earthshaker vocalist Minoru Niihara, who was devoted to soul music at the time, and Takasaki's childhood friend Masayoshi Yamashita as the bassist.

The band went into the studio in August and three months later, the band's debut album, The Birthday Eve, hit the stores. It was as if the relentlessly wild arming by Takasaki in the intro of the opening track was an omen of things to come, as this album ended up making a historical impact on the Japanese rock scene.

Exceeding industry experts' expectations, a debut concert held at Asakusa International Theater attracted a sold-out show with an audience of 2,700. Watching the legendary concert which lasted more than 100 minutes, they were forced to realize that they could no longer say "hard rock is not marketable".

Their second album, Devil Soldier, was released in July 1982 and their third, The Law of Devil's Land, followed in January 1983. Since there were no acclaimed Heavy Metal engineers in Japan at the time, an American, Daniel McClendon was tapped for these albums. Due to his contribution, the albums surpassed the quality of what was normally expected from an ordinary Japanese rock band. The style and technique had been established.

In July 1983, the band conducted their first American tour, followed by a European tour a month later. Enjoying the great response, the band felt confident on launching fully into a worldwide market.

In September, the 4th album, Disillusion, was recorded in Britain. It was a dream come true for the band to make an album abroad. Julian Mendelsohn, known for his work with Yes' "90125", was tapped as an engineer.

An A&R from Atlantic Records was impressed by the band's show held in the US between July 1983 and May 1984 which led to the band being signed with the label for an international record deal. Such an achievement was the first in Japanese music history. From August '84, they went into a studio in Los Angeles with renowned producer Max Norman, known for his work with Ozzy Osbourne among others, to record their first worldwide release, what was to later become Thunder in the East.

The record came out in January '85 and it went all the way up to No.4 on Japan's domestic chart. The band embarked on a US tour in April and a month later the album ranked its highest at No.74 on the US Billboard album chart. The record was on the chart for 19 consecutive weeks since its first entry on March 2. Those chart records hold an exceptional record which is still yet to be broken.

In August , they joined M&ouml;tley Cr&uuml;e on their US tour as an opening act. On August 14, they became the first Japanese band in history to play at the prestigious Madison Square Garden in New York. In December, the band went into the studio to record its second release from Atlantic again with Max Norman.

Shadows of War was released in March '86. An American version of the record, Lightning Strikes, topped the band's previous effort on the charts and ranked No.64 on the Billboard chart. As the band kept touring all over the US, they earned a reputation as a great live band. In those days, when a heavy metal fan in Los Angeles would run into Japanese tourists, they would brag about how much they loved Loudness. Back then, LOUDNESS was a comparable figure to today's two biggest exports from Japan, MLB's Ichiro and Hideki Matsui.

The album Hurricane Eyes, released in August 1987, was produced by Eddie Kramer, one of the most renowned and respected producers in rock history. Everything released after "Thunder In The East" contained English lyrics but this time they decided to make a Japanese version for their fans back home. In May 1988, the mini-album, Jealousy, was released exclusively for the domestic market. At that point, Loudness was already an international act but their Japanese fans remained special to them.

Despite their continuing success, Niihara left the band in December 1988. The news came as a shock not only to the Japanese rock community but worldwide as well.

After countless auditions, the remaining band members came to the conclusion that they would never be able find a Japanese singer that could match Niihara's ability. Consequently, they hired former Obsession vocalist, Mike Vescera, in September 1989. The result was the album Soldier of Fortune, followed by On the Prowl in February 1991, which was a compilation of self-covers from the band's earlier works and additional new songs.

Vescera left soon after the release of SLAP IN THE FACE in October 1991. Yamashita also left and the second era of Loudness came to an end in 1992.

With Masaki Yamada of EZO coming on board, the band kicked off its third era. Bassist Taiji Sawada from X JAPAN also joined. X Japan was one of the major forces in the domestic rock scene since the early 90's and with him on board, Loudness was able to acquire a whole new fan base. June 1992's album, Loudness, debuted at No.2 on the domestic chart. The third-era lineup of Loudness toured extensively until January '93. However, Sawada and Higuchi decided to leave shortly after the tour. Loudness, for the first time in its history, was on the verge of falling apart.

Yamada, who once decided to leave, returned and the 4th era of Loudness began in 1994. With a former bandmate of Yamada, EZO's Hirotsugu Homma joining the band, they made Heavy Metal Hippies which Takasaki played bass on. During December's concert at Club Citta, the band formally announced that Naoto Shibata (Anthem) was brought on board. Finally, the lineup of the 4th era Loudness was complete.

With a new lineup, the band embarked on a domestic tour starting April 1995. A live album that captured the aggressive feel of the tour, Loud 'n' Raw, was released. Every member of the audience was credited on the cover sleeve, showing appreciation to their loyal fans. A show in Hong Kong was a great success.

In February 1997, the band flew to San Francisco to record Ghetto Machine, released in July. In response to the great demand from their Asian fans, the band flew back to Hong Kong in December and performed once again.

In August 1998, the band flew back to San Francisco to record Dragon. One month later, band embarked on a domestic tour entitled "LOUDNESS CLUB GIG'98 DRAGON" which kicked off in PENNYLANE 24 in Sapporo.

In May 1999, they held the "RISING DRAGON EURO TOUR'99" which included stops at Great Britain, Holland, Belgium, and Germany. In Holland, the band performed on the main stage of "DYNAMO OPEN AIR '99", the biggest outdoor heavy music festival in Europe which attracts more than 50,000 people every year.

In July 1999, their album Engine was released which became the last of the 4th era Loudness.

In 2000, Takasaki considered a reformation of Loudness to its original members and the news was formally announced in May. The band went into preproduction soon after. An album with the original lineup, Spiritual Canoe, hit the stores in March 2001. As the band embarked on a domestic tour, fans went crazy to see the four guys getting back together again and perform.

The band went on to record the albums Pandemonium soon after 'Spiritual Canoe' in 2001, Biosphere in 2002, Terror, ROCK SHOCKS and Racing in 2004, Heavy Metal Hippies and The Battleship Musashi in 2005, and Breaking The Taboo in 2006. In 2008, Loudness drummer Minetaka Higuchi was diagnosed with Hepatocellular Carcinoma in April of that year while recording the album Metal Mad and couldn't tour with them as a result.

On November 30 2008, Munetaka passed away. In 2009, Loudness planned to release the album The Everlasting using the unique style of Munetaka in their drums for it. From a translated blog of guitarist Akira Takasaki: "From the vast amount of data (of drums recorded by Munetaka in the past), we will extract Munetaka's great groove and sound. On top of that, we're putting a new riff and rhythm. The new album will be based on Munetaka's groove at its maximum. I'm writing guitar riffs that would sound like nothing but Loudness. I'm trying to make it a gigantic rock album that would satisfy Munetaka, as he was always complaining 'This isn't loud enough' or 'This needs to be more heavier.'

Upon the album's release, they introduced a new drummer, Masayuki Suzuki. The band went on tour in 2009, presenting only material from their first four albums and announced a new album titled King of Pain, which was released in May 2010. Also in 2010, Loudness featured at the Bang Your Head!!! festival in Germany and did a brief European tour.

In 2011 Loudness will celebrate their 30th Anniversary with a return to the US for a series of tour dates.

The Sun Will Rise Again